In the wake of Frozen director Jennifer Lee hinting that there’s a possibility Elsa will have a girlfriend in Frozen 2, some fans are rallying behind the idea.

In a recent interview with The Huffington Post, Lee—who also wrote the original 2013 Disney smash hit—said the Frozen team is considering all possible options for the upcoming sequel. “I love everything people are saying [and] people are thinking about with our film―that it’s creating dialogue, that Elsa is this wonderful character that speaks to so many people,” she said. “It means the world to us that we’re part of these conversations.”

Idina Menzel, the voice behind the animated Snow Queen, already threw her support behind #GiveElsaAGirlfriend when the hashtag first began trending on Twitter back in 2016. However, there’s yet to be any official word on whether or not creators will actually move forward with a female love interest.

“Where we’re going with it, we have tons of conversations about it, and we’re really conscientious about these things,” Lee said. “For me…Elsa’s every day telling me where she needs to go, and she’ll continue to tell us. I always write from character-out, and where Elsa is and what Elsa’s doing in her life, she’s telling me every day. We’ll see where we go.”

Here’s what a selection of fans have to say. 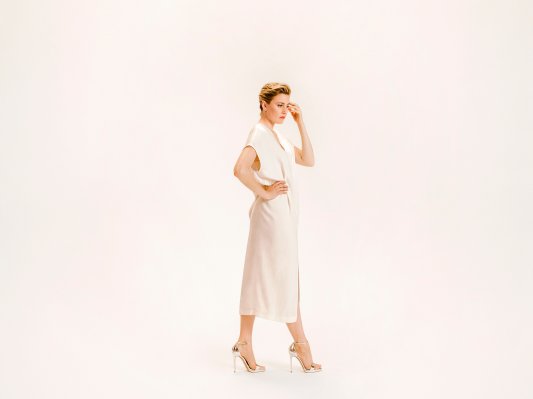 How Greta Gerwig Is Leading by Example
Next Up: Editor's Pick