'I Truly Felt Like I Could Die.' Evan Rachel Wood Details Her Rape and Torture in Testimony to Congress

Evan Rachel Wood is speaking out about her personal experiences with sexual assault in a push for increased legal protections for abuse survivors.

The Westworld star delivered a chilling testimony before Congress on Wednesday in which she detailed being raped, tortured and mentally abused by a former boyfriend in order to advocate for implementing the Sexual Assault Survivor’s Bill of Rights Act in all 50 states

“It started slow but escalated over time, including threats against my life, severe gas-lighting and brainwashing, waking up to the man that claimed to love me raping what he believed to be my unconscious body,” she told a House Judiciary Subcommittee, according to People. “And the worst part: Sick rituals of binding me up by my hands and feet to be mentally and physically tortured until my abuser felt I had proven my love for them.”

Wood continued by explaining how this trauma had affected her psychologically. “While I was tied up and being beaten and told unspeakable things, I truly felt like I could die,” she said. “Not just because my abuser said to me, ‘I could kill you right now,’ but because in that moment I felt like I left my body and I was too afraid to run.”

The 30-year-old actor went on to say that she had also been raped by a different abuser later in life. “Because of this abuse, when I was pushed onto the floor of a locked storage closet by another attacker, after hours at a bar, my body instinctively knew what to do: Disappear, go numb, make it go away,” Wood said. “Being abused and raped previously made it easier for me to be raped again, not the other way around.”

The Sexual Assault Survivor’s Bill of Rights Act ensures that survivors are given free rape kit tests after their assault and then informed of the results and notified 60 days prior to the destruction of the kit, with the option to preserve all evidence through the statute of limitations. 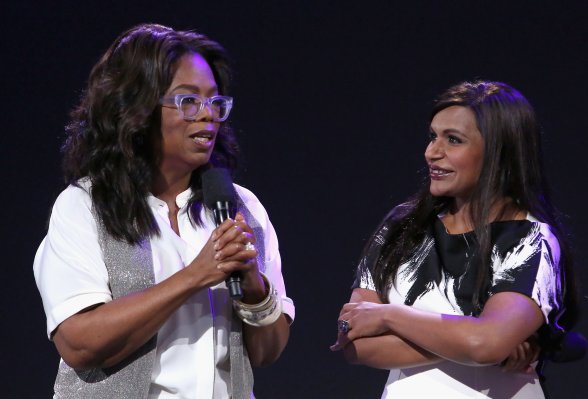 Oprah's Fabulous Baby Gift for Mindy Kaling's Daughter Was So Big It Needed Its Own U-Haul Truck
Next Up: Editor's Pick