A Georgia Teacher Fired a Shot In His Classroom. Here's What to Know About Him

Just two weeks after a deadly school shooting in Parkland, Fla., a Georgia high school dissolved into panic when a teacher barricaded himself in his classroom and fired a single gunshot.

Students alerted the Dalton High School principal after a teacher, identified by Dalton Police as Jesse Randall Davidson, barred them from entering his classroom, the Atlanta Journal-Constitution reports. Davidson then firmly closed the door when the principal tried to unlock it. Shortly thereafter, he fired one shot inside the classroom, according to the Journal-Constitution. Law enforcement quickly responded to the situation, and Davidson surrendered after 30 to 45 minutes and was taken into custody, the paper reports.

One student sustained an ankle injury while evacuating the school, according to Dalton Police, but no one else was harmed.

Here’s what to know about the teacher, Jesse Randall Davidson.

Davidson appears to be a popular teacher among students, according to several posts on social media.

His voice is “synonymous with Dalton athletics”

Davidson is something of a local celebrity with his side gig as the play-by-play announcer for the Dalton football team, a role he’s held for more than two decades and that has made his voice “synonymous with Dalton athletics,” according to Dalton Public Schools. “Football brought people together,” Davidson told the Dalton Public Schools blog in 2012. “It’s a fabric of the community.”

Davidson even wrote a book about the school’s program, titled Catamounts! The Glorious History of Dalton Football.

A “threatening” note was found before the incident

School officials found a “threatening” note on the floor of a classroom a week ago, the Associated Press reports, but it’s unclear if the message is associated with Wednesday’s situation. The note, which was found on Feb. 21, reportedly referred to a planned threat against the school, to be carried out on Feb. 22. 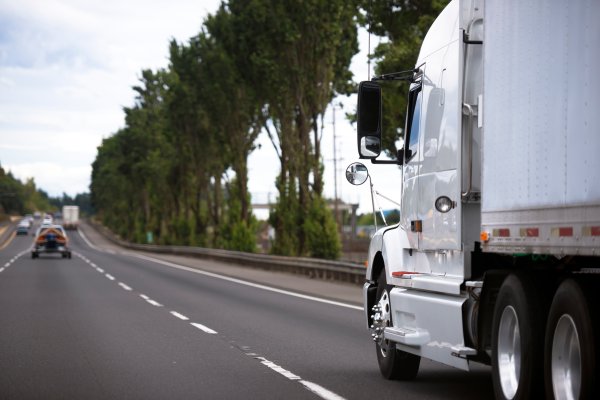 High School Homecoming Queen Killed in Crash With Tractor-Trailer
Next Up: Editor's Pick