This year’s Royal Wedding — already the hottest nuptials on the calendar — just upped the ante for all future marital parties. Spice Girl Mel B (formerly known as Scary Spice) just let slip that the iconic girl group has all been invited to the highly-private wedding of Prince Harry to actress Meghan Markle. And best yet? It looks like the beloved fivesome will indeed be among the lucky guests.

When the Royal Wedding came up during an appearance on The Real talk show this week, Mel B accidentally let slide her own invitation to the big day. And when she tried to back up and explain why she’d gotten the coveted invite, well, the facts quickly began to fall into place.

“So they invited all the Spice Girls to the Royal Wedding?” clarified host Loni Love.

“Yes,” Mel admitted. “Why am I so honest?” So it looks like Victoria Beckham, Melanie Chisholm, Emma Bunton and Geri Halliwell will all be making the trek to St. George’s Chapel in Windsor Castle on May 19 for the big day. Although she wouldn’t divulge too much more, the ladies on the talk show did get one more very juicy piece of intel out of her.

“Will the Spice Girls be performing at the reception?” Loni asked — to which Mel could only sigh.

“I swear, I’m just, like…” she said in exasperation, as the ladies began screeching and celebrating, certain that it was an affirmative answer.

“I need to go. I’m gonna be fired,” was all Mel would subsequently say. If the guest list is already this star-studded, we can only expect many more bold-faced names to start accidentally letting on their own plans for the weekend. 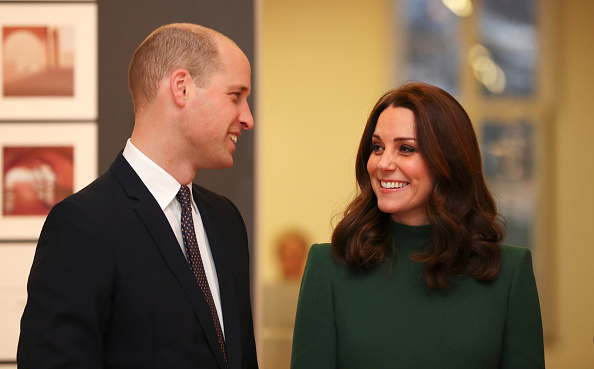 Everything We Know About Will and Kate's Royal Baby
Next Up: Editor's Pick