Student activist David Hogg, who survived the deadly shooting at Majory Stoneman Douglas High School earlier this month, has a new approach he hopes will be effective in reforming gun control policy in his home state of Florida.

The 17-year-old is asking prospective tourists to boycott Florida for spring break in order to force legislators’ hands when it comes to gun reform.

“Let’s make a deal DO NOT come to Florida for spring break unless gun legislation is passed,” Hogg wrote on Twitter over the weekend. “These [politicians] won’t listen to us so maybe they’ll listen to the billion dollar tourism industry in FL. #neveragain.”

Instead, Hogg suggested, tourists should consider Puerto Rico as an alternative, which is gradually recovering from the impact of Hurricane Maria.

“Better Idea: Spend your spring break in Puerto Rico, it’s a beautiful place with amazing people,” Hogg said in an additional tweet. “They could really use the economic support that the government has failed to provide. #SpringBreak2018 #SBinPurtoRico #itsspelled PUERTO RICO.”

Both tweets received more than 90,000 likes, with the initial post being retweeted more than 60,000 times.

Florida is a popular destination for spring break tourism due to its beaches, warm weather and theme park attractions in Orlando, like Disney World.

Hogg is one of several Stoneman Douglas students who have been vocal advocates in the wake of the shooting that left 17 classmates and teacher dead. Next month, Hogg and his peers plan to rally for gun reform in the streets of Washington, D.C. for the “March for Our Lives.” 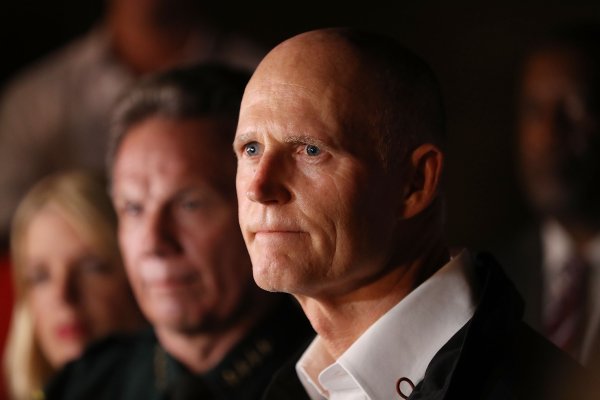 Florida Considers Raising Age to Buy a Gun
Next Up: Editor's Pick