The good: Compact and colorful design, Automatically takes photos when it detects a person or pet
The bad: Isn’t always easy to position, Short battery life
Who it’s for: Parents and pet owners who want to capture easy-to-miss moments

The latest smartphones have gotten much better at focusing quickly on subjects, making it easier for anyone to capture the perfect picture. But even the most advanced smartphone cameras still need a person to press the shutter button.

That’s not so with Google Clips, a miniature camera that uses artificial intelligence to learn exactly when to snap a photo. The search giant announced the camera during an event in October, and will begin selling it on Feb. 27 for $249. When turned on, the pocket-sized camera captures snippets of footage roughly seven seconds long and still shots whenever it detects faces or pets nearby.

Clips uses an amended version of algorithms that power the Google Photos app, which isn’t surprising considering the photo storage service can identify people, pets, and objects. Google also used its own dataset and had professional photographers work with its engineers to teach the technology about the characteristics that make for a good photo. The more the camera sees the same face, the more it understands that you may want photos and videos of this person or pet.

It’s this that distinguishes Clips from life-logging cameras that automatically take photos every few seconds or when tapped, like the Narrative Clips 2 or Ion SnapCam. Google isn’t positioning Clips as a replacement for your smartphone’s camera or a GoPro-like wearable action camera, either. Rather, it’s marketing Clips toward pet owners and parents who want to capture candid shots without constantly reaching for their phone or camera.

Read more: Samsung’s New Galaxy S9 Is All About Making the Camera Better

The Clips camera itself, a tiny square-shaped gadget with a brightly colored teal back and a 130-degree field of view, doesn’t require much handling. After I positioned the camera to my liking, often propped up on my coffee table or fastened to the back of a chair or a lamp shade, I twisted the lens to tell Clips to start capturing. There’s also a shutter button just below the lens for taking photos manually. A set of lights tell you what the camera’s up to: When the white light in the center pulses, the camera is recording. An amber center light means that the camera is running low on battery or storage.

Much of your interaction with the gadget happens within the Clips app, which provides a feed of content captured by the camera, a live preview mode to help with setting up your shot, and editing controls. Every photo and video taken with Clips is stored locally on the actual camera, meaning captured content doesn’t go anywhere unless you choose to save it to your phone. When wirelessly connecting the camera to your phone, Clips streams those photos and videos to the app over Wi-Fi Direct, where you can select the content you want to save to your mobile device.

Over the course of the week I used Clips in my home, it certainly fulfilled its job of capturing cute pet photos and videos. Whenever my two cats would sprint around my apartment or start playing with each other, I set up Clips to record the action. Of the 70 clips my camera captured automatically, only one ended up showing an empty frame. If you want to help Clips learn about who and what you want it to record, the company suggests holding the camera in front of that person or pet and pressing the shutter button. You can also choose to use your Google Photos library to teach Clips about the people close to you. In terms of image quality, Clips has a sensor with six to eight megapixels, which means the results probably won’t be as high-quality as if you were to take the same images with your smartphone. But in my experience they’ve been clear enough to accurately portray the subject.

My biggest struggle had to do with framing my shots correctly. Because Clips is best for recording subjects three to eight feet away, I had some trouble finding tables and surfaces that were close enough to my pets that also allowed me to position the camera at the right angle. It also seemed like there was an occasional delay when displaying automatically captured photos and videos in the app, although this only happened on one or two occasions. Separately, in one instance I received a notification saying that the camera was getting too warm, which Google says can happen after using the Live Preview feature for an extended period of time. The company also said this isn’t a safety issue since the camera has built-in controls that scale back features before the device reaches a temperature that may cause damage. The camera also is not waterproof, meaning you’ll have to be careful when using Clips in the kitchen or by the pool.

Read more: The 5 Best Podcast Apps for iOS and Android

What I liked most about Clips was how easy it is to take these short videos and turn them into GIFs. After all, what good are adorable cat videos if you can’t do anything with them? By tapping the edit button underneath a clip in the app, you’ll be able to use a slider to cut the precise part of the clip you’d like to loop as a GIF and preview it before saving. In this same editing interface, you can save individual video frames as standalone stills too. Take a look at a couple of GIFs I captured through the Clips below:

I never worried about running out of storage during my time using Clips: my 72 snippets only filled up 4% of the camera’s 16GB of storage. Considering you’ll likely be saving and removing the clips you want to keep shortly after they’ve been recorded, I don’t imagine most users will be seeking more than 16GB of space.

But don’t plan on using the camera to record clips all night long at your next birthday bash or housewarming party. Google says the camera’s battery should last for about three hours while automatically capturing footage, adding that Clips is meant for intentional use rather than always-on recording. That seemed about accurate based on my usage: after roughly two hours and 10 minutes of capturing, the camera was down to 17%. I do wish the battery life lasted a bit longer, but not because I want to record for extensive periods of time. This is exactly the kind of device I could imagine leaving in my bag for long periods of time without remembering to plug it in.

What makes Clips fun to use is the surprise that comes from opening the app and seeing what the camera was able to capture. But even as a pet owner, I found myself struggling to remember to use it on a daily basis while reviewing it. I spent more time reminding myself what the camera isn’t for than what it is for. It’s not an action camera. It’s not a wearable camera, although you certainly can clip it to your clothing if you so desired. It’s not a smartphone camera replacement. It’s not a home security camera. It’s designed to be used in such a specific way that it was difficult to find moments when using Clips was better than just pulling out my phone and snapping a photo.

That being said, my experience may not reflect everyone’s situation. I could imagine Clips being helpful for parents who don’t want to miss their baby’s landmark moments because they were busy capturing them behind a camera. What’s more interesting than the product itself is what it says about cameras and how they’re getting better at understanding what’s actually happening in the world around us. 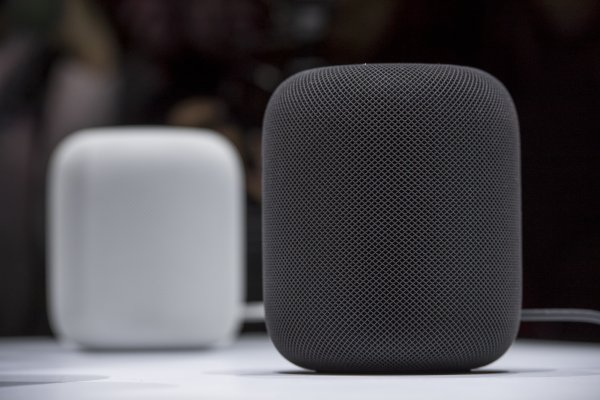