Fashion and technology has become a trend for the stylish set in recent years, with supermodel Karlie Kloss becoming a coding enthusiast and Hermès designing accessories for Apple, but Italian designers Dolce & Gabbana took fashionable tech to the next level when they sent drones down the runway to showcase handbags for their Fall/Winter 2018 fashion show in Milan, Italy.

The designers, who have made headlines of late for their outspoken political opinions, showed off ornate handbags on the catwalk that were held aloft by drones as opposed to models in a presentation that would not have been amiss in a storyline from Black Mirror. According to Fashionista, those attending the show were asked to turn off the Wi-Fi function and personal hotspots on their cellphones.

While runway models have often been the highlight of watching a live fashion show, it looks like Dolce & Gabbana is making a case for technology to replace “Insta-girls.”

See the drones in action below. 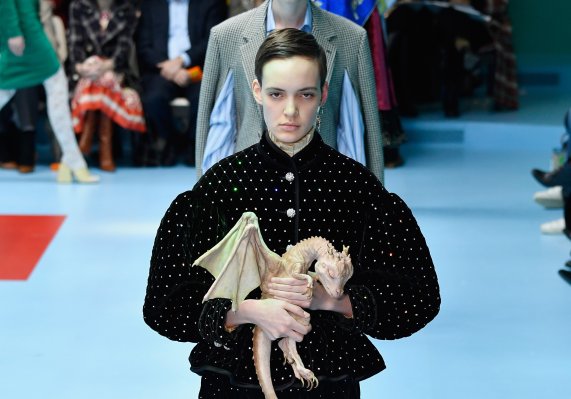 Gucci Makes a Case for Game of Thrones Style By Putting Baby Dragons on the Runway
Next Up: Editor's Pick