Don’t get too comfy in that Colonel Sanders role Reba McEntire, because the performers at the 2018 Winter Olympics really look the part.

If a pop sensation group looks anything remotely like a well-known food mascot, don’t think for a second that the internet will let it slide. That was the case on Sunday when wildly popular K-pop group EXO arrived to the 2018 Winter Olympics closing ceremony in white suits with black accents.

Everyone knows the Colonel as the smooth-talking mascot modeled after the KFC franchise founder. The nine-member, hip-hop flavored, sensational group EXO, which rivals BTS in popularity, is also world-famous, albeit for sick beats and claiming their own alien personas with superpowers.

Unsurprisingly, EXO’s avid fan base went nuts over the fact that their favorites were performing at Sunday’s Olympics Closing Ceremony. While meeting Ivanka Trump might’ve been the day’s photographic highlight for the band, that wasn’t all the internet obsessed over when it came to their pictures.

People thought their getups were strikingly similar to the formal attire that the Colonel wears, and the internet couldn’t get enough about the stylistic similarities between the KFC mascot and the K-pop band. The observation raged like wildfire on Twitter, with users agreeing the resemblance is uncanny.

So what to do with the fact that EXO may or may not look to the Southern gentleman and fried chicken lifer as a style muse? Get the brain trust together to come up with an EXO jingle for KFC’s finger lickin’ goodness? Or maybe the Korean franchises should release nine new sauces based on EXO’s various alien personas?

Whatever the next move is, here’s how the internet juxtaposed the Colonel and EXO. 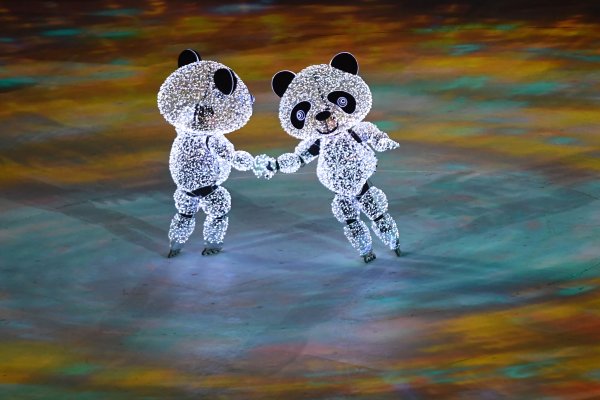 Your 2022 Winter Olympics Host Lit Up the Internet With Glowing Flying Pandas
Next Up: Editor's Pick