The 2018 Winter Olympics closing ceremony in PyeongChang, South Korea provided all of the countries who participated in this year’s Olympic games to show off their national pride; one country, in particular, however, took it to the next level with a dazzling show of glowing pandas that flew.

Beijing, China, the host of the next Winter Olympic Games in 2022, debuted a giant pair of illuminated pandas that not only danced while roller skating in a fantastic roller-disco, but also took to the air.

As might be expected, the Internet exploded with plenty of feelings about the dancing and flying glowing pandas at the Olympic closing ceremony and took to social media to sound off about it.

This viewer couldn’t wait for the 2022 Winter Olympics in Beijing.

While another loved the roller disco feel of the performance.

This viewer was amazed by the pandas’ feat-filled appearance.

And this viewer couldn’t believe that the pandas were flying.

The Internet was made for flying pandas, apparently. 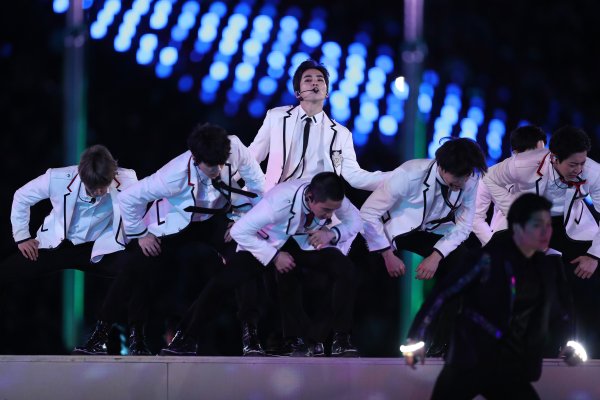