No one country dominated the figure skating events at the 2018 Winter Olympics, with Canada, Germany, Japan and Russia all taking turns atop the podium in PyeongChang. Notably absent from the gold medal list was the United States, which once threatened to contend every four years but had to settle for two bronze medals on the ice at these Olympics.

What happened to American figure skating? Was the disappointing Olympics finishes of Nathan Chen, Mirai Nagasu and the rest of Team USA an aberration, or were stars like Alina Zagitova, Evgenia Medvedeva, Yuzuru Hanyu and the Canadian pair of Tessa Virtue and Scott Moir simply too good?

The answer is, well, yes. And the future is far brighter for America’s Olympic figure skaters than the final tally from these Winter Games would suggest. Here are the reasons why, along with some key lessons learned from the way skating was judged at the 2018 Olympics.

Nathan Chen and Vincent Zhou could dominate at Beijing 2022

Chen was expected to win an individual medal in PyeongChang before disastrous short programs in the team event and the men’s individual event, in which he botched most of his jump combinations. But Chen regained his composure and rallied back with a history-making free skate, becoming the first skater to land five quadruple jumps in the Olympics (he tried six, but stumbled on one landing). It was enough for Chen to win the free skate and finish fifth overall.

Chen is just 18, and with his arsenal of five quadruple jumps, he will be a strong contender for a medal at the Beijing Olympics if he remains injury-free. “Who knows what will happen in four years, but it would be cool to be able to go to that Olympics,” Chen says. “My mom was born in Beijing so I think it would be really cool to have her there.”

Pushing him all the way will be Vincent Zhou, 17, the youngest member of Team USA in PyeongChang. Zhou can almost match Chen jump for jump and in his Olympics debut, he attempted five quads and landed three of them cleanly without any deductions. His efforts landed him in sixth place, ahead of world champions like Patrick Chan from Canada.

American Ladies figure skating was in something of a fallow period in recent years, with few up and coming skaters pushed to try the high value jumps that international judges rewarded. “For many, many years our younger champions were winning [in the U.S.] without any of the skills needed to be elite skaters,” says Tom Zakrajsek, who coaches Zhou and Mirai Nagasu at Broodmoor World Arena in Colorado Springs. “They didn’t have the triple-triple jump combinations or the full cadre of triple jumps or any elements like that, which is what it’s going to take in this environment with the competition from the Russians and the Japanese. It’s going to take grooming talent from the time they are young so that by the time they are at the international stage they’ve been doing it for years and years.”

There are signs that’s already happening, after U.S. skating federation officials began modifying early development programs to reward boundary-pushing. This year’s junior national ladies champion, 12-year old Alysa Liu, won her title with a program that emulated those of Alina Zagitova, the 15-year-old Olympic gold medalist from Russia. Liu, a California native, landed seven triple jumps, including the most challenging triple lutz-triple toe loop combination — all in the second half of her program, which earns bonus points. “She talks about the Olympics pretty often, and wants to compete at the Olympics,” says Liu’s father Arthur, an attorney. He says Russia’s other Olympic skating star, the silver medalist Evgenia Medvedeva, is a favorite role model.

The silver medalist at the U.S. junior nationals was Pooja Kalyan, a 14-year-old from Arkansas, who also pulled off effortless-looking triple jumps in her free skate routine.

They both know the Olympic figure skating judging system is all about points — points for every skill skaters perform, from jumps to spins to footwork and even less objective factors such as skating skills, choreography and interpretation of music. If there is a legal way to earn more points, it pays to try it. That’s what the Russian skaters Zagitova and Medvedeva did to their gold- and silver-medal winning advantage. There is a 10% bonus for every jump completed in the second half of the program, when skaters are more tired and it takes far more energy to pull off. Doing that in PyeongChang earned Zagitova valuable extra points that allowed her to pull ahead of the competition and clinch gold.

The U.S. ice dancing bench is deep—and the field may be open

The U.S. had three ice dancing pairs competing in PyeongChang, each with the talent to medal. Maia and Alex Shibutani, the pair known as the ShibSibs, pulled it off, winning bronze in their second Winter Olympics. Madison Hubbell and Zachary Donohue finished fourth, while Madison Chock and Evan Bates stumbled to ninth after a shocking fall in the free skate. It’s possible that all three teams decide to try for another Olympics in Beijing.

The competition to make the U.S. skating squad, however, will be fierce, thanks in part to competing elite ice dance schools in America and Canada. At this year’s U.S. junior nationals, Christina Carreira and Anthony Ponomarenko, who share the same coach as Chock and Bates, earned their first junior title. They also won a bronze at last year’s world junior championships. Ponomarenko has quite an enviable pedigree; his parents, Marina Klimova and Sergei Ponomarenko, earned three Olympic medals in ice dance for Russia.

The international competition may be thinned by the potential retirement of Canada’s gold medal winning team of Tessa Virtue and Scott Moir. The pair briefly retired before and may be inclined to do so for good after leading Canada to a gold medal in the team competition and then winning another gold with a steamy routine that edged out their rivals, Gabriella Papadakis and Guillaume Cizeron, of France.

Russia is traditionally a powerhouse in pairs and ice dance, but it failed to medal in either event at the 2018 Winter Games — its teams finished fourth, seventh and 12th in pairs and fifth and 13th in ice dance after some members were banned from competing by the International Olympic Committee for doping violations in 2014. Still, Russia has a deep well of talented singles skaters, especially among the ladies. When the crop of Sochi competitors retired, a new one seemed to bloom almost fully grown and ready for the podium in its place, And for skaters like Alina Zagitova, it may be the first of many outings — in 2022, she will only be 19. 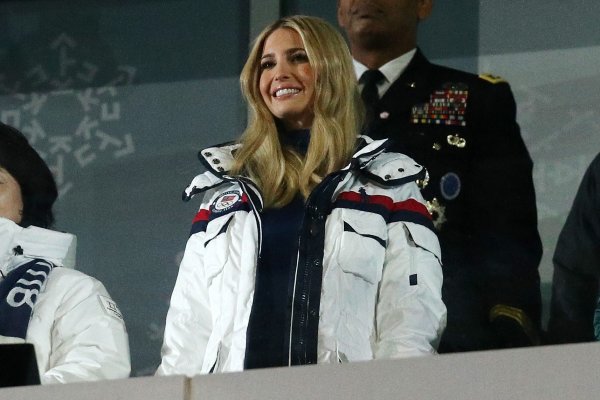