The U.S. Embassy In Montenegro Has Been Attacked With Explosives

An unknown assailant threw an explosive device at the U.S. embassy in Montenegro early Thursday before killing himself with another explosive.

The attacker threw the device into the embassy complex, the government of Montenegro confirmed, before being killed in a second explosion.

The blast did not injure anyone within the embassy compound, which was closed at the time, or damage the building, a State Department official told the New York Times. The official also confirmed that embassy staff had been asked not to come in to work Thursday as a security precaution.

The embassy released a notice warning American citizens to avoid the complex “until further notice” due to an”active security situation.” Local police sealed off the area around the embassy, located in Podgorica, the country’s capital.

“At this time, embassy officials are working closely with police to identify the assailant(s),” State Department spokesperson Heather Nauert said in a statement on Twitter, referring questions about the “evolving” investigation to local authorities. The embassy later confirmed that all of its mission staff were unharmed by the incident. 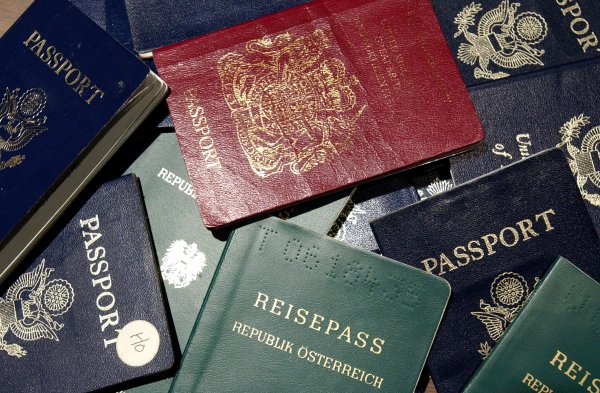 These Surprising Countries Now Have the Most Powerful Passport in the World
Next Up: Editor's Pick