Chris Cornell's Wife Opens Up About His Death: Addiction Is Not a Choice

Vicky Cornell, the widow of former Soundgarden frontman Chris Cornell, opened up about her husband’s death by suicide and the stigma of addiction in an emotional interview Wednesday.

“My husband was the furthest thing from a rock star junkie. He just wasn’t,” Cornell told Robin Roberts on Good Morning America. “He was the best husband, the greatest father. I lost my soulmate and the love of my life.”

Chris Cornell struggled with addiction before his death in May 2017, at age 52. Although drugs were detected in his system on the night of his death, autopsy reports said they were not a factor in his death. Cornell, however, told Roberts she believes her husband wasn’t thinking clearly that night “because of the level of impairment.”

“He wanted to be there for his family, for his children. He loved his life,” she said. “He would never have ever left this world.”

Cornell also spoke about the need for empathy around addiction, and the importance of considering it a medical condition.

“People don’t recognize it as a disease,” she said. “You think addiction is a choice, and it’s not.” 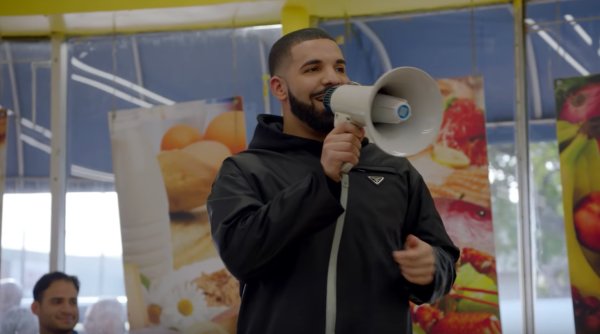 Drake Is a Generous Dancing King in the "God's Plan" Video
Next Up: Editor's Pick