The captain of South Korea’s women’s curling team has emerged to win the internet with her take-no-prisoners stare.

The 27-year-old “skip” (team captain) Kim Eun-jung has been leading her team of furious ice sweepers on a winning streak. Her latest feat? With one final move, she made it virtually impossible for team USA to hit their target at the preliminary round robin at Gangneung Curling Center on Tuesday. South Korea won again, is sitting pretty, topping the standings at 6-1, and will advance to the semifinals.

But everyone knows athletic achievements are never enough to spin internet gold on their own. It’s Kim’s game face and extreme focus that have been scoring points with people around the world online. Top that game face off with her aesthetically superior eyewear, and she has officially rolled forward to become a fan favorite.

The internet will always reliably spread photos of an Olympian’s most inspirational moves. That means every day at the Winter Olympics offers someone a new chance to win at the PyeongChang games by simply making a face. Today is that day for Kim.

People are — and this may not surprise — impressed with her.

From South Korea to America, Twitter is having a rollicking good time praising her highly memeable photos, which prove she did not come to play.

So let us bow down to Kim Eun-jung, one of the greats. Undecided though the curling champions may still be, she has already won the internet over.

When it comes to winning at life, she sets a high bar.

She’s possibly the coolest curler to ever curl, and has been operating out of the same ice royalty playbook for all of the games.

She even takes a break in excellent fashion. And check out the strength of her sock game. 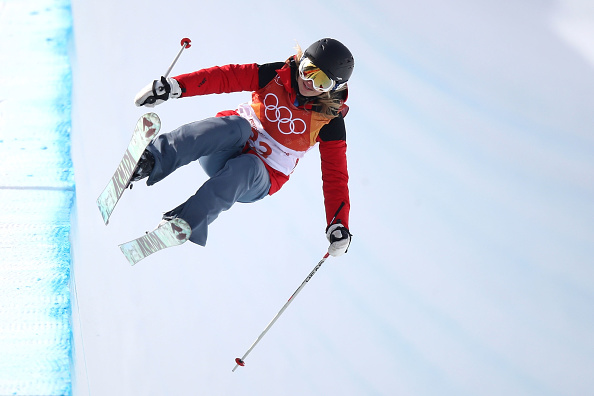 This Olympic Halfpipe Skier Didn't Do a Single Trick. Here's How She Made It to the Games
Next Up: Editor's Pick