Figure Skater Mirai Nagasu’s Triple Axel Made Olympics History. Can She Do It Again for a Medal?

No one is more familiar with the ups and downs of a competitive figure skater’s life than Mirai Nagasu, who is going for a medal this week at the 2018 Winter Olympic Games in PyeongChang, South Korea. Nagasu, a California native and only child of parents who immigrated to the U.S. from Japan, made her way up the national skating ranks, first as U.S. junior champion in 2007 and then as U.S. senior champion in 2008. At the 2010 Olympic trials, she finished second, which earned her a spot on the Vancouver Olympic team, where she finished just off the podium in fourth.

Those were the ups. What followed were years of downs. In 2012 and 2013, she finished 7th at the U.S. nationals, and had spotty performances at international competitions. At the 2014 Olympic trials, she finished third, which should have earned her a ticket to the Sochi Olympics, but U.S. Figure Skating decided to send fourth-place finisher Ashley Wagner instead, given Wagner’s stronger results in international events that season.

Read More: ‘There Was Nothing I Could Lose.’ Nathan Chen Redeems His Dismal Olympics and Makes Skating History

Devastated but gracious after being left off the team, Nagasu made a momentous decision to move from California, where her parents own a sushi restaurant, to Colorado Springs to train with the coach Tom Zakrajsek. She also had a request. She asked him to teach her the triple axel jump, the most challenging move that female skaters perform. Only two U.S. women, and seven other women worldwide, had previously landed the triple axel in competition. Nagasu knew that to set herself apart, she needed a big trick like the triple axel.

“I have always wanted to become a better skater,” she says. “This journey started with me wanting to become better, wanting to improve myself and change myself.”

After moving out of her parents’ home, Nagasu lived at first with a host family. For cash, she became a Colorado Avalanche ice girl during the 2015-2016 ice hockey season. “As a 24-year-old, I have expenses to pay,” she says. “And the sushi restaurant wasn’t going to pay for my skating, especially with my long career. So you gotta do what you gotta do.” She added, “I wanted to find a family outside of my skating family, and I also needed a job.”

Meanwhile at the rink, she and Zakrajsek worked relentlessly on perfecting the triple axel.

“Her technique had to be totally different,” he says. “She had a really big, good double axel but there’s a little difference in technique for the double and triple axel. Most of it, if I had to sum it up to one word, is timing.”

Nagasu had to perfect the moment of takeoff in order to achieve the three airborne rotations that create a triple axel, Zakrajsek says. They worked together for about two years before Nagasu was landing the triple axel jump consistently enough to include it in her programs. She now does about 30 triple axels a day in training, says Zakrajsek, which stresses him out a bit — “If I can get her down to three or four I’m really happy” — but, he says, “Mirai craves repetition.”

What makes the punishing training possible is that Nagasu has also transformed physically, becoming fitter and stronger in order to pull off the jump. “If you look at Mirai’s body in the fall of 2014 and now, she’s just different,” says Zakrajsek. “She is extremely fit.”

When Nagasu competed at the Four Continents Championship in Gangneung Ice Arena last year, Zakrajsek wanted her to practice the triple axel on the same ice that would host the Olympic Games in 2018. She practiced the jump during training runs, although she didn’t put any triple axels into her program at the time. “That was intentional,” he says of the dress rehearsal.

That foresight paid off when Nagasu landed the triple axel during the long program portion of the team event at the Olympics earlier this month, becoming the first U.S. woman to complete the jump at the Winter Olympics and helping the U.S. win bronze.

Nagasu has grown more comfortable with the triple axel and now competes with the jump in both her short and long programs. Zakrajsek says she lands them 85% to 95% of the time. She’s expected to include the jump in her short program on Wednesday local time (the short program airs in the U.S. on Tuesday evening).

“When she goes into the short program, she is going in with the confidence of knowing that she did it already — that monkey is off her back,” Zakrajsek says.

When Nagasu takes the ice for the short program, both of her parents will be in the audience to watch her skate. That’s a rare treat, she says, since her father is usually so focused on keeping the family’s restaurant afloat that he doesn’t often have time to attend competitions. As a child, Nagasu remembers sleeping in the storage room and washing dishes to help her parents out.

“He’s always saying, ‘I have to feed the people!’ They have to make a living somehow,” Nagasu says. “My dad feels responsible for not just my mom and himself but for the other people who work there too, so for them to put their business on hold to come all the way to Korea to watch me skate is great. I’m glad my parents will experience the Olympics with me.”

That’s a lot of pressure for a skater at the Olympic Games. But as Nagasu has already shown, she’s capable of handling it. 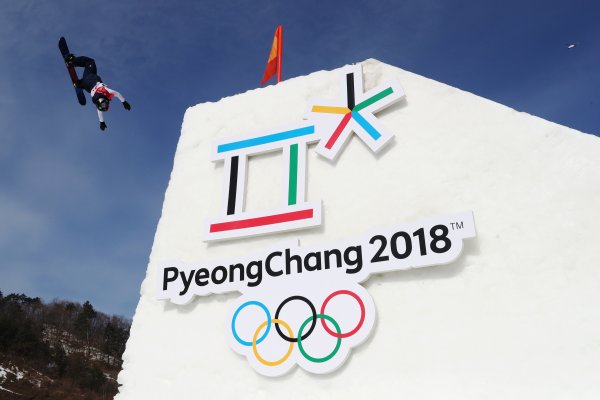 When Do the Winter Olympics End? Here's What You Need to Know
Next Up: Editor's Pick