In 2014, skier Maddie Bowman was one of the golden girls of the Sochi Winter Olympics. Literally: she nabbed a gold medal for her runs in the women’s freestyle ski halfpipe.

But at Sunday’s event at the 2018 Winter Olympic Games in PyeongChang, South Korea, Bowman ended up falling on all three of her runs down the halfpipe, failing to defend her prior dominance and Sochi gold.

After 2014, Bowman had remained a champion in the field and was largely the favorite contender for this year’s Olympics, as she’s won the X Games in five of the past six years. (PyeongChang bronze medalist Sigourney recently came second behind Bowman in the Aspen X Games just last month.) 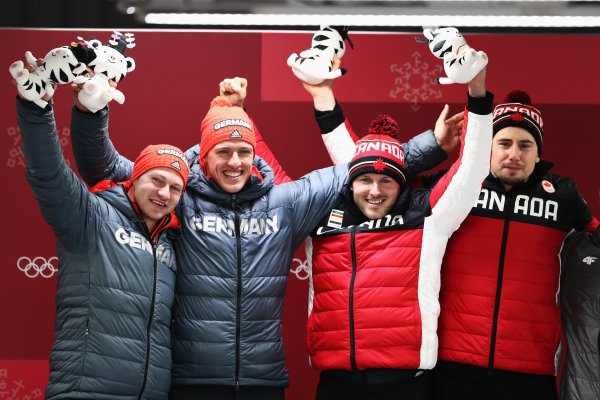 Germany and Canada Both Just Won Gold in a Rare Bobsled Tie
Next Up: Editor's Pick