We Could See An Incredible Olympic Ice Dancing Achievement Tonight

Marie-France Dubreuil and her husband, Patrice Lauzon, along with their partner Romain Haguenauer, could be in the enviable position of seeing their ice dance students sweep the medals podium at Gangneung Ice Arena in the ice dance long program on Monday night.

Canadians Tessa Virtue and Scott Moir lead the 2018 Winter Olympics after the short program, with 83.67 points, followed by Gabriella Papadakis and Guillaume Cizeron of France, with 81.93 despite a wardrobe malfunction in which Papadakis’ costume came undone at the neck, and the U.S.’s Madison Hubbell and Zachary Donohue. “It’s a good thing it didn’t happen in the free dance, where they have upside down lifts,” says Dubreuil of the mishap. “In the short dance, everything is pretty vertical.”

All three are coached by Dubreuil and her team in Montreal, but she says “I have never felt any jealousy or frustrations or one team feeling like we gave more to another team.” The three coaches rotate working with each team during training, to maximize each coach’s strengths.

Read more: Maia and Alex Shibutani Are Everyone’s Favorite Skating Siblings. Here’s How They Got to the Olympics

For the long programs for the French and Canadian teams, Dubreuil says she tried to capitalize on what makes each team unique. Gabriella Papadakis and Guillaume Cizeron skate to Beethoven’s Moonlight Sonata, while Tessa Virtue and Scott Moir skate to Moulin Rouge.

“Gabriella and Guillaume’s skating is really silent yet powerful,” she says. “They can really fill the ice. With their bodies they are so flexible, and supple and light with their arms. They can be still to echo the music really well. So we thought Moonlight Sonata would be perfect because of the strong notes that really echo. To me it’s the perfect fit for their type of skating and their type of body and their ability to interpret music even if there are no words.”

The program is already reaching iconic status in the figure skating community, drawing parallels to Jayne Torvill and Christopher Dean’s 1984 gold-medal Olympic skate to Bolero. That performance set the record for the highest free dance scores ever recorded.

Read more: How to Watch Ice Dancing Like a Pro, According to These Olympic Champions

With Virtue and Moir, Dubreuil was more focused on the love story they could tell. While they aren’t dating, their ongoing skating relationship has created a unique bond between the two that fans can’t get enough of. Known for their precision and sharpness on the ice, Dubreuil says she made changes to the program just before Virtue and Moir competed at Canadian nationals in January. “In the beginning of the season I felt she was dying too soon, and there was not enough love story going on,” she says. “So I changed the edit of the music to have a longer love story before she dies.”

Dubreuil says the adjustments don’t stop even coming into the Olympics. “I like to keep [Virute and Moir] on their toes and working so they are interested,” she says. “I kept tweaking a couple of things before the Games.”

While Papadakis and Cizeron hold records for the highest free dance and overall score, the Canadians own the record for the highest short dance score; clearly Dubreuil and her team are doing something right. But even that’s not enough, she says. “It sounds terrible but when I watch [Papadakis and Cizeron] I always see where I can take it a little further. I think when I am older and my time is done I will appreciate what everybody is talking about,” she says. “For all my teams I am still in the process of making them better every day, with little things every day. Only then will I be happy with the end of the season.” 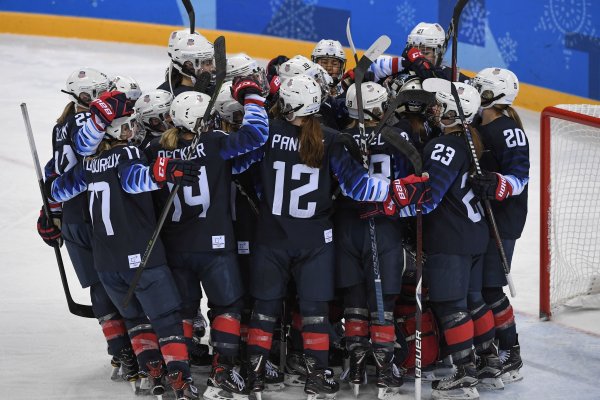