Tessa Virtue and Scott Moir did it again.

The longtime Canadian ice dancing pair, who have been skating together since they were kids, beat their own record Sunday night in PyeongChang to get the highest score ever in the short program.

Moir and Virtue scored an 83.67 for their riveting short program — topping their previous record they set at Skate Canada last year.

“We’re just savoring every bit of it,” Virtue told NBC shortly after their record-breaking skate.

The Canadian duo are currently in first place in ice dancing — hoping for their second gold medal at the 2018 Olympics. They also won gold at the 2010 Olympics in Vancouver and took home silver at the 2014 Sochi Games.

Their Sunday night routine once again sparked rumors they were dating, though the Olympians have denied any romantic involvement (except a brief fling when they were much younger).

Others were excited that Virtue and Moir were in the lead, and sent the Canadian couple their well wishes for the free skate Monday. If they win gold, they would become the most decorated figure skaters in Olympic history with five medals. 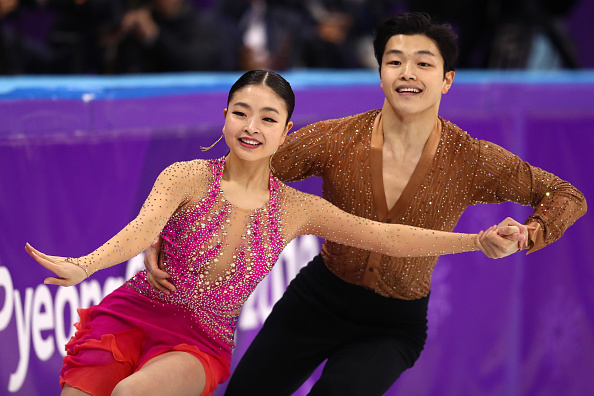 Alex and Maia Shibutani Just Proved They Are Sibling Goals at the 2018 Olympics
Next Up: Editor's Pick