By Alix Langone and Casey Quackenbush

After agreeing to be a correspondent for NBC for the remainder of the PyeongChang Winter Games, breakout star of the Olympics Adam Rippon changed his mind Sunday and declined the offer. Rippon turned down the post after he realized he would need to give up his official Olympic standing, move out of the Olympic village, and not march in the closing ceremony, USA Today reports.

“I am so flattered that NBC wanted me to work as a correspondent, but if I took this opportunity, I would have to leave the Olympic team and I would have to leave the (Olympic) Village,” Rippon said on NBCSN. “It’s so important to me, you know, I worked so hard to be on this Olympic team, and my teammates and my friends were there for me during my events, and that meant so much to me, that I really feel like I need to be there for them during their events.”

The 28-year-old fan favorite was supposed to work for the network across its platforms on television, digital and social media, the newspaper said.

Rippon, who has become well known for his bold personality and fun, outspoken commentary during interviews, helped the U.S. bring home a bronze medal in the team skating competition.

He is one of a handful of U.S. athletes who has said he will not attend the post-Olympics celebration at The White House hosted by President Donald Trump, according to USA Today.

“You mean Mike Pence, the same Mike Pence that funded gay conversion therapy?” Rippon said to the paper, upon learning that Pence would be leading the U.S Olympics delegation in South Korea. “I’m not buying it.”

But most of the attention lavished on the skating star has been adoration and support from fans and celebrities alike, with Rippon even engaging in Twitter conversations with stars like Britney Spears and Reese Witherspoon, who are delighted with his no-holds barred social media personality.

Rippon credits his mother for teaching him to stand up for himself and what he believes in. 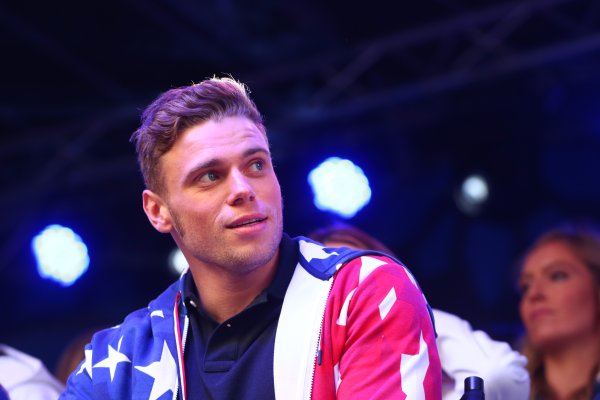 For the LGBT Community, Gus Kenworthy's Olympics Loss Still a Big Win
Next Up: Editor's Pick