Adults Offered 'Thoughts and Prayers' After the Florida School Shooting. But the Students Who Survived Want Action

Sen. Marco Rubio, the 46-year old Florida Republican who has benefited from more than $3 million in NRA campaign spending, tweeted Bible passages. Florida Gov. Rick Scott, a 65-year old grandfather who has received an A+ rating from the NRA, offered his “thoughts and prayers” to the students and their families. Donald Trump, the oldest president ever elected to a first term, spoke for seven minutes about the shooting Thursday and without mentioning guns. In 2016, the NRA broke its own political records to spend more than $30 million dollars helping him get elected.

The kids aren’t having it. This was one of the first school shootings where the survivors are both old enough to describe their own experiences and have the power of social media to blast their stories across the internet. They are not allowing adult politicians and commentators to have the last word on what happened to them, and they are not accepting “thoughts and prayers” in place of real political action.

“I think it’s great that they’re saying ‘thoughts and prayers,’ but it doesn’t do anything. And after every single shooting that’s what they say over and over again, but nothing every changes,” says Carly Novell, 17, who hid in a closet for two hours to escape the gunman. “It has to be political because this happened because of guns, this happened because of the relaxed gun laws that we have.”

After conservative Fox News commentator Tomi Lahren criticized the “left” for pushing an “anti-gun and anti-gun owner agenda” in response to the shooting, Novell tweeted:

Students posted videos of gunshots on Snapchat and photos of their classmates crouched under their desks. Senior Sam Zeif, 18, posted a screenshot of his text exchange with his 14-year old brother, who was in a classroom upstairs. His brother, who also survived the shooting, watched his teacher die in front of him.

Zeif lost a close friend, Joaquin Oliver, a fellow basketball player whose friends called him “Guac” and who was always ready with a hug. Zeif says his friend’s death can be directly attributed to lax gun laws that allowed a troubled teenager like shooting suspect Nikolas Cruz to get a gun in the first place. And now, he’s committed to making sure his representatives know it. “I lost a friend, he doesn’t have a voice anymore,” Zeif said. “So I need to make sure that I use mine to make sure he didn’t die for nothing. He died for change.”

Unlike previous school shootings involving younger children, or shootings before the age of 24-hour news and social media, survivors of the Stoneman Douglas shooting are speaking out en masse, with a largely united voice, to demand that adults get their act together and come up with a plan for common-sense gun reform.

Several of the teenage survivors made appearances on evening news broadcasts and cable news networks to speak out about the need for new laws – including gun safety laws. At a candlelight vigil for the victims Thursday night, the crowd chanted “No more guns! No more guns!”

Students at a nearby South Broward High School walked out of class Friday to protest President Trump and Senator Marco Rubio’s lax policies on gun safety.

“What we really need is action,” student David Hogg said on CNN in a clip that went viral. “We’re children. You guys are the adults.” 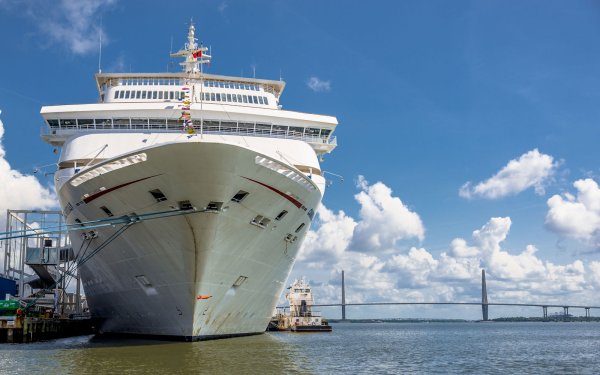 23 Members of the Same Family Were Kicked Off the Carnival 'Cruise From Hell'
Next Up: Editor's Pick