Fan favorite Adam Rippon has delighted the internet again with another kinetic performance.

The 28-year-old consummate showman skated himself directly into everyone’s hearts and third place (temporarily) with his 87.95 score in Friday’s individual figure skating event. To the tune of Ida Corr Vs. Fedde Le Grand’s “Let Me Think About It” (the Eddie Thoneick remix), Rippon hit his jumps, pumped his fists with gusto, and when the applause was insufficient he motioned for more.

Rippon’s pure and consistent ability to be himself on the ice spread joy across the internet. People could not stop gushing about his performance and his post-skate interview.

“I can’t explain witchcraft. I feel like I’m coming into my own. I’m confident in what I’m doing,” Rippon told NBC after his skate.

The internet loves this guy.

He may not be the strongest medal contender, but the athlete is winning fans over with his charisma.

Case in point: he is Reese Witherspoon’s internet friend, and estimates that his excitement has reached Meryl Streep levels about that. 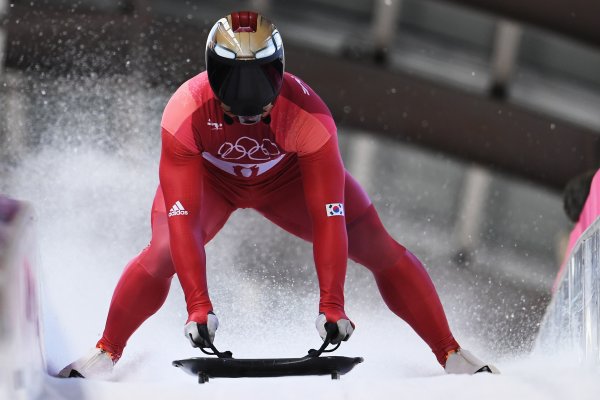 Why the Internet Is Obsessed With This Olympic Gold Medal Winner's Look
Next Up: Editor's Pick