This Is the Real Source of the NRA's Political Power

In the aftermath of a Florida school shooting, gun control advocates and others have repeatedly brought up the financial contributions from the National Rifle Association to criticize lawmakers for their inaction.

But while the NRA is a major player in campaign finance, experts say the group’s real might comes from the grassroots members who back it up.

Robert Maguire, an investigator with the Center for Responsive Politics, said that passion is exactly what makes the organization so influential, giving it the ability to combine “massive financial firepower with large scale grassroots support.”

“Every dollar they spend is backed up by the fact that they have members that are going to hit the streets and canvass on their behalf,” he said. “If they’re angry at a particular politician or if the NRA scores that politician badly or you know key votes a particular vote the NRA doesn’t like.”

In the 2016 elections, the NRA spent over $54 million, according to data compiled by the Center for Responsive Politics. That made it ninth in terms of groups providing the most outside spending that cycle, but it was still less than half the amount spent by groups like the progressive super PAC Priorities USA.

But unlike super PACs, the NRA also has a large member list: it claims over 5 million members. Demographically, its a small group in light of the entire U.S. population. But many of them are incredibly passionate about guns and Second Amendment rights, and take that advocacy all the way to the voting booth.

NRA member Arly Richau, a 67-year-old attorney in Scottsdale, Arizona, said that people like him are the real backbone of the group.

“Wayne LaPierre is the most incredible lobbyist I have ever heard of,” Richau told TIME Wednesday, referring to the NRA’s executive vice president. “But the point is he is not the NRA. The NRA is the 5 million good citizens.”

That combination of fundraising and a committed grassroots has allowed the NRA to win politically even though the public overall appears to be against it on several key issues.

In a poll in October taken after the Las Vegas shooting, the deadliest mass shooting in U.S. history, 60% of Americans supported stricter laws covering the sale of guns, the highest percentage since 2004. But Congress never acted to restrict bump stocks, which were used by the Vegas shooter to allow a semiautomatic weapon to fire more like an automatic weapon.

Many lawmakers avoid voting for any gun control measure because it is being “scored” by the NRA, meaning that a vote the wrong way would lead to a lower grade come election time. Those grades can be a key measure for NRA supporters in a competitive race.

This is the case for Michael Jelormine, a military veteran and NRA member from Naples, Florida, who said he votes in every election in which he is able. “I’m not an activist by any stretch of the imagination, but if you were to have a conversation with me you would know that I’m supportive of Second Amendment rights,” he told TIME in an interview Friday.

The NRA’s candidate ratings factor into Jelormine’s consideration of candidates to support, he said, but he doesn’t abide by them religiously.

Jelormine said he supports Florida Sen. Marco Rubio, and Gov. Rick Scott, both of whom have received A+ ratings from the NRA, a grade reserved for lawmakers with “excellent voting records on Second Amendment issues” who have “vigorously fought to promote and defend the right to keep and bear arms.” When asked if he would still support these candidates if they were to theoretically advocate for gun control legislation, he said it would depend on what they were proposing.

“They do have a lot of power and influence,” Jelormine said of the NRA. “But I think it’s because their supporters have a lot of influence. And I think that’s a good thing.” 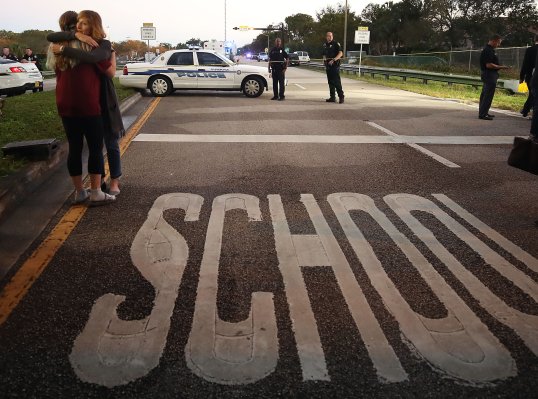 How Much the NRA Has Given to Florida Lawmakers
Next Up: Editor's Pick