Former President Barack Obama took to Twitter Thursday, not only to offer his sympathy for the victims of Wednesday’s school shooting in Florida, but to call for stronger gun control measures — something he had unsuccessfully tried to do during his presidency.

“We are grieving with Parkland. But we are not powerless. Caring for our kids is our first job,” Obama wrote on Twitter. “And until we can honestly say that we’re doing enough to keep them safe from harm, including long overdue, common-sense gun safety laws that most Americans want, then we have to change.”

Obama’s brief statement was a contrast to that of President Trump, who addressed the nation Thursday but did not mention anything about gun control.

Obama, who was President during national tragedies like the 2012 elementary school shooting in Newtown, Connecticut and the 2015 shooting at the Emanuel AME Church in Charleston, South Carolina, repeatedly stressed the need for stronger gun control measures, but his efforts were rebuffed by Congress. In January 2016, the start of his final year in office, he unveiled a series of executive actions aimed at curbing gun violence, requiring that anyone selling firearms have a license and conduct a background check on people who want to buy them. 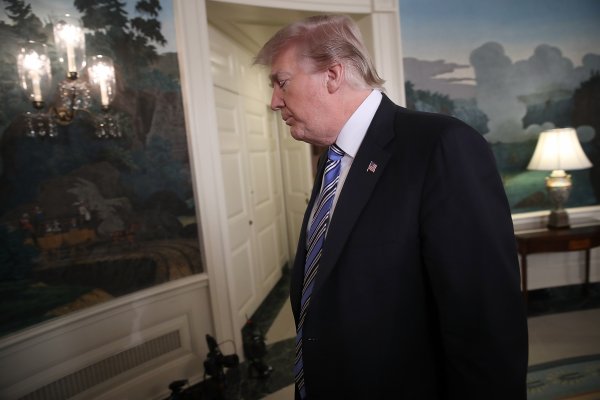