With 18 school shootings already recorded in 2018— including Wednesday’s deadly spree in Parkland, Florida — parents and schools alike are grappling with the grim task of talking to kids about mass violence.

It’s a tall order. In addition to broaching topics such as gun safety and helping kids process emotional and psychological trauma, adults are tasked with preparing children to recognize and report warning signs of violence before horrific events occur. In the wake of the Florida shooting, for example, sources ranging from gun control organizations to President Donald Trump emphasized the need to speak up about potentially dangerous behavior.

How can parents best prepare their kids?

TIME spoke with Peter Langman, a Pennsylvania-based clinical psychologist and the author of Why Kids Kill: Inside the Minds of School Shooters and School Shooters and Jeff Temple, a professor and psychologist in the department of obstetrics and gynecology at the University of Texas Medical Branch. Here’s what they had to say about talking to your kids about preventing mass violence.

Help them understand the warning signs

The most basic warning sign of violence is a concept called “leakage,” Langman says.

“People leak their intentions,” Langman explains. “Sometimes they just brag about what they’re going to do. They’ll say, right out, ‘I’m going to bring a gun to school and kill people.’ Other times, it’s more subtle. They might warn some of their friends not to be in school on a certain day, or [say], ‘Don’t go in the cafeteria at lunch on Monday.'”

Langman says it’s important for kids to take this kind of speech or behavior seriously. They should feel comfortable reporting it to an adult, even if they think the student is joking, and let authority figures determine if it’s actually a cause for concern. Schools can also do their part by setting up easy-to-use, anonymous reporting channels, such as hotlines, websites or letter boxes, he says.

Schools and parents must also teach kids that reporting concerning behavior isn’t the same thing as snitching on a friend, Langman says.

Tell kids, “‘You might tattletale on your brother or sister just to get them in trouble. But the reason you report a safety concern is to keep people safe and alive,'” Langman says. “If you can help kids think through the possible consequences, they can make a better decision.”

Encourage them to help their classmates

Oftentimes, worrisome behavior — acting withdrawn or seriously depressed, for example — isn’t as black and white as leakage. In these cases, it can be helpful to frame the issue as coming to the aid of a classmate who may be struggling, rather than turning in peers because they might be dangerous, Temple says.

“The conversation is better in terms of looking out for your fellow classmates and students, identifying who they are and doing whatever you can to get them help, as opposed to trying to prevent them from being violent, because most will not,” Temple says. “I think it’s okay, if you’re a kid, to go to a teacher and say, ‘Hey, I’m worried about John.'”

Both experts say the “see something, say something” mentality can be a slippery slope. On a macro level, it can make mental health conditions an oversimplified scapegoat for a complex issue. On a micro level, it can lead kids to unfairly single out classmates who are just a little different. Parents and educators should help children understand that nuance, Langman says.

“Someone who’s a bit odd is not a danger. Someone who’s a bit odd and is talking about bringing a gun to school is a potential danger,” Langman says. “It’s not about someone’s social skills or what they look like or if they have poor grooming or wear black trench coats. What you’re really looking for is the leakage,” or other concerning behaviors.

Don’t shy away from tough conversations

It’s never easy to speak to your children about violence, but doing so may help them in the long run, Langman says. “Giving them something to do might actually lessen their anxiety,” he says. “Scary as it can be to talk about these things, at least they know what they’re supposed to do and that the adults are doing what they can.”

Temple adds that an open and honest dialogue is important, but stresses the need to keep things in perspective. “Be honest with them,” Temple says. “Tell them that bad things do happen, but also reassure them that it’s rare and that there are people that are there to keep them safe.”

For more information, refer to the American Psychological Association’s guidelines for helping kids deal with distress after tragedy. 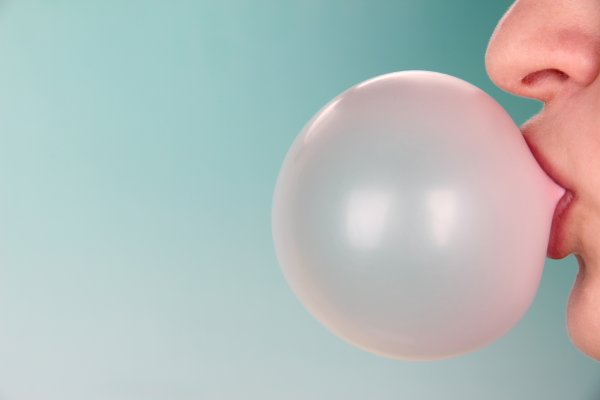 Bothered By Noisy Eating? It May Affect Your Ability to Learn
Next Up: Editor's Pick