More than nine months after Kanye West mysteriously disappeared from social media, the rapper and fashion mogul returned to Instagram with an adorably simple message to his wife, Kim Kardashian.

“Happy Valentines Day babe,” a plain white card reads in the photo, which appears to be placed on a counter of some sort. The post has no caption, but already has 180,000 likes and rising within 35 minutes of its upload.

For a while there, the rest of Kanye’s Instagram profile was just as bare as his post. His avatar still is blank white, which was an intentional choice, otherwise a white silhouette over a grey background would be visible had he opted not to upload a profile picture. As of Wednesday afternoon, there were no other posts on his grid, rendering the rest of his page blank white as well until he shared a photo of the Obamas.

Minutes later, Kim appeared to give a response — albeit on a different platform, Twitter.

“Happy #ValentinesDay!” she tweeted with a photo of her and Kanye kissing, which links back to her website. Earlier in the day, she posted an additional tribute on Instagram, gushing: “I love you to infinity! Happy Valentine’s Day!!!”

Kanye first went dark on both networks on May 5, 2017, and his Twitter remains down. Social media users and publications alike speculated what prompted the Yeezus rapper to make such a decision. The optimistic hope was that he was working on a new project, perhaps in music. Now that has he vaguely resurfaced, are we due for some new Kanye tunes? Perhaps we’ll find out soon. 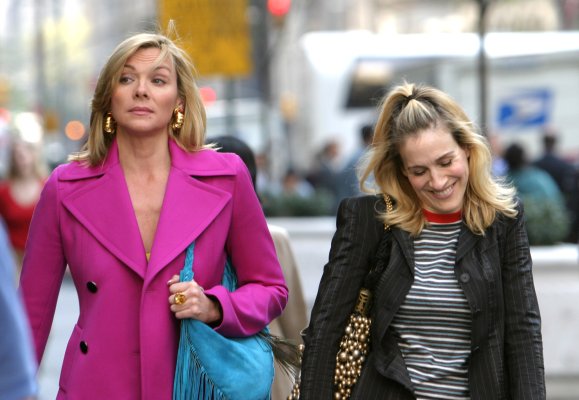