People Have Accused Annihilation of Whitewashing. Here's How Its Director and Stars Responded

On Feb. 23, the sci-fi movie Annihilation, about a group of scientists exploring a dangerous area where the laws of nature have been mysteriously suspended, hits theaters. An adaptation of the first novel in Jeff VanderMeer’s bestselling Southern Reach trilogy, the film stars Natalie Portman, Tessa Thompson, Gina Rodriguez, Jennifer Jason Leigh and Tuva Novotny.

Anticipation for the movie has been high since the release of the first trailer last fall. But recently, some, including the advocacy group Media Action Network for Asian Americans, have accused the film of whitewashing the roles played by Portman’s and Leigh’s characters, saying the characters on which they are based are of Asian descent and Native American descent, respectively, in the trilogy. In a statement, Alieesa Badreshia, an MANAA board member, said that writer-director Alex Garland “exploits the story but fails to take advantage of the true identities of each character.”

Others have pointed out that revelations of the two characters’ ethnic backgrounds are not made until subsequent books in the series.

In response to the criticism, Garland provided the following statement to TIME:

This is not the first time Garland has addressed the issue. In an interview with Nerdist in December, he said of the casting, “It would not be in my nature to whitewash anything. I read a book and I adapted it because I thought the book was amazing. And I thought, ‘I’m not exactly sure how to adapt this, but I’ve got an idea.’ And I just went with it. So that was it.” Garland has previously explained to Yahoo! that he based the screenplay for Annihilation on a pre-publication galley of the first book in the series, before the characters’ backgrounds are described.

Yahoo! also spoke with Portman and Leigh about the allegations. Both actors said they were first hearing of it in that moment, with Portman calling the notion of whitewashing “problematic” and Leigh saying it’s “probably a valid criticism.”

“We need more representation of Asians on film, of Hispanics on film, of blacks on film, women and particularly women of color, Native Americans — I mean, we just don’t have enough representation,” said Portman, who plays a biologist in the film. “And I hope that begins to change, because I think everyone is becoming more conscious of it, which hopefully will make change.”

“Alex just cast, I guess he cast who he thought was right for each role,” said Leigh, whose character is a psychologist. “Obviously there should be more parts for everyone, and more diversity in all films.” While Portman, Leigh and Novotny are white, co-stars Thompson and Rodriguez are women of color. Oscar Isaac, who plays Portman’s character’s husband in the film, is of Guatemalan and Cuban descent.

VanderMeer has not addressed the criticism directed toward the movie, though he did tweet last week that he did not expect Garland’s adaptation to be completely faithful to the book. He just hoped it would be of a high quality.

The criticism arrives during a time of heightened awareness about the whitewashing of roles in film and television, particularly when it comes to characters of Asian and Asian-American descent. The Ghost in the Shell, Death Note, Iron Fist and Doctor Strange are among the recent projects that have faced similar scrutiny. People of Asian descent are particularly underrepresented in Hollywood. According to a recent study, the proportion of Asian characters in top-grossing films is around 5%. 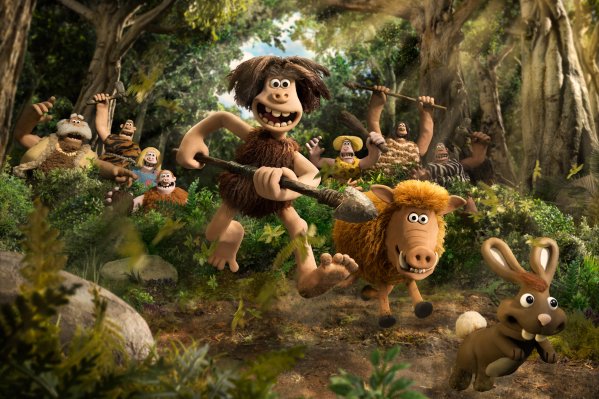 How the Studio Behind Early Man Is Keeping It Old-School in a Digital World
Next Up: Editor's Pick