A senior White House official resigned Wednesday after learning that his past marijuana use would keep him from receiving a security clearance, according to a Politico report.

The departure of George David Banks, who advised the White House on energy and environment as a member of the National Economic Council, comes amid growing criticism of a slew of senior officials working in the Trump administration without permanent security clearance.

Banks told Politico that the White House Counsel’s office said Tuesday that he would not receive permanent clearance because he had admitted to smoking pot in 2013. The White House subsequently accepted his offer of resignation, he said.

“It was an honor to serve the president at the White House and I look forward to supporting the president in the future,” he told Politico.

White House officials in at least the previous administration have admitted to smoking marijuana, including President Obama and his National Security Advisor Susan Rice. The Trump administration has shifted gears on marijuana, making enforcement of the federal restrictions on the drug a priority.

The White House did not respond to a request for comment. An email to Banks’s White House email address was returned as undeliverable early Wednesday afternoon. 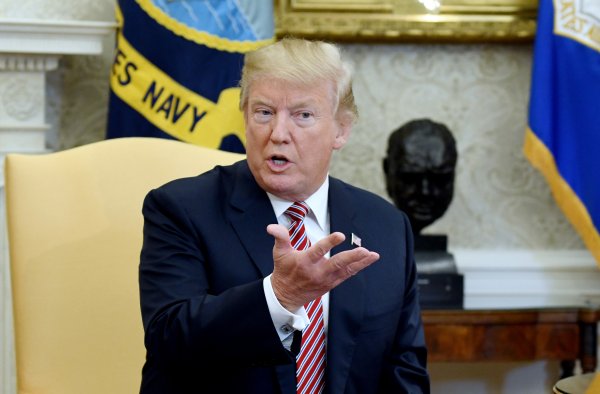 Donald Trump Railed About a 'Food Stamp Crime Wave' in 2011. Now He Wants to Cut SNAP
Next Up: Editor's Pick