Following the highly-anticipated unveiling of the portraits of former President Barack Obama and First Lady Michelle Obama at the National Portrait Gallery on Monday, the Internet set to work doing what it does best.

The portraits—which were painted by New York-based artist Kehinde Wiley and Baltimore-based artist Amy Sherald— were widely praised on Twitter, with celebrities such as director Ava DuVernay, model Chrissy Teigen, and comedian Chris Rock all celebrating the images.

“Monday morning joy as portraits of President and First Lady Obama are revealed by artists Amy Sherald and Kehinde Wiley,” tweeted DuVernay. “Reminds me to hope.”

However, that didn’t stop the online world from also turning the presidential paintings—and in particular Barack’s—into a series of memes. “Nice of him to honor his predecessors, the bushes,” wrote Twitter user Ariel Edwards-Levy, poking fun at the fauna backdrop behind the 44th president.

See a selection of the hilarious reactions below. 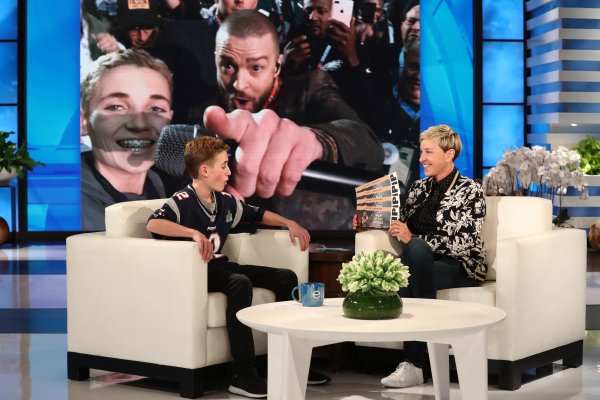 Justin Timberlake Surprised the Super Bowl Selfie Kid on Ellen and It Got Emotional
Next Up: Editor's Pick