The Internet Is Enchanted With Adam Rippon's Olympic Debut

The only thing more joyous than Adam Rippon‘s performance for the men’s free skate during the figure skating team event at the 2018 Winter Olympics was the internet’s delight at watching Rippon’s Olympic debut.

The skater, who made headlines ahead of his arrival in Pyeongchang, South Korea, for critiquing Vice President Mike Pence, finished third in his event, but first in the hearts of Olympic viewers everywhere. Rippon became the top trend worldwide on Twitter following his performance to “Arrival of the Birds/Exodus” by The Cinematic Orchestra and “O” by Coldplay. Interest only intensified after he gave a charming interview where he spoke endearingly about his friendship with Mirai Nagasu, the first American woman to land a triple axel at the Olympics.

Needless to say, the internet was overwhelmed with their affection for Rippon and took to Twitter to share many, many feelings about him and his Olympic debut. 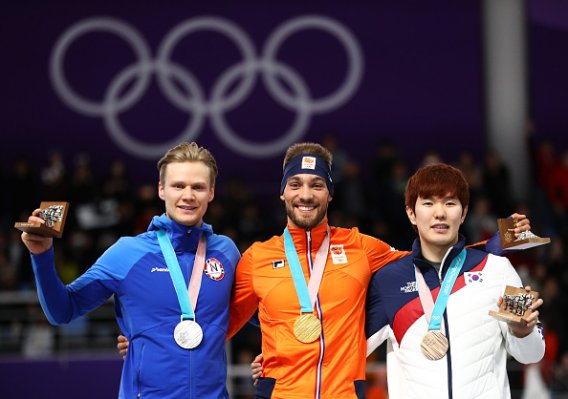 Here's How Many Medals Every Country Has Won at the Olympics So Far
Next Up: Editor's Pick