While Tonga’s well-oiled and shirtless flag bearer’s triumphant return sent tongues wagging during the 2018 Winter Olympics opening ceremony in Pyeongchang, South Korea, it wasn’t the only viral moment during the event, something that Team USA can attest to.

As might be expected, the Internet basically lost their minds over these ostentatious accessories, with many of the viewers weighing in online on exactly how they felt about Team USA’s gloves.

This Twitter user thought the Team USA Winter Olympics apparel bore a striking resemblance to a pair worn by Lloyd Christmas in Dumb and Dumber.

He wasn’t the only one who noticed the similarity.

While another thought that they looked like a utilitarian wardrobe staple for another profession: welding.

Others weren’t sure if this fashion statement should merit a high score at the Olympics. 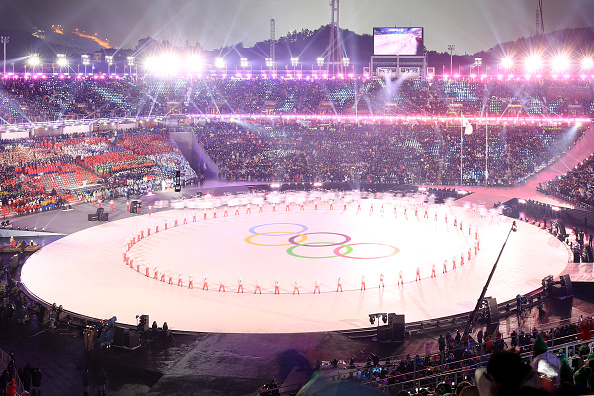 Thousands of Intel Drones Lit Up the Opening Ceremony With the Olympic Rings. What Does the Symbol Mean?
Next Up: Editor's Pick