Vice President Mike Pence and his wife Karen watch on during the Opening Ceremony of the PyeongChang 2018 Winter Olympic Games. Behind pence sits Kim Yo-jong (back left), the sister of North Korean leader Kim Jong-Un, at PyeongChang Olympic Stadium in South Korea on Feb. 9, 2018.
Matthias Hangst—Getty Images
By TIME Staff

Pence and his wife were seated in the row directly in front of Kim Yo Jong, who made history with her visit to PyeongChang for the Olympic games. Pence and Kim Yo Jong were photographed together, looking on as the opening ceremony commenced.

Pence, who wore a coat bearing the colors of the American flag, is representing the United States during the Olympics.

Kim Jong-un’s sister is expected to meet with South Korean President Moon Jae-in for a luncheon during the Winter Olympics, according to the Associated Press. 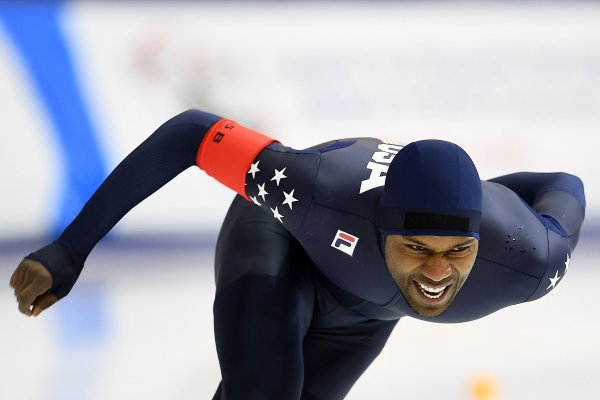