A 160-Mile Demilitarized Zone Separates North and South Korea. We Visited One of the Most Remote Parts

Even as North and South Korea marched together in a show of political solidarity at the opening ceremony of the 2018 Winter Olympic Games in PyeongChang and a newly combined Korean women’s hockey team competes as one nation, there remains one unmistakable reminder of the chasm between the two nations.

The Demilitarized Zone (DMZ) was established in 1953 as part of the Korean Armistice Agreement between the United Nations, North Korea, and China to end the Korean War. It’s in essence a line in the sand that extends the entire 160 mile width of the Korean peninsula, and at one point is just around 50 miles from the Olympic village in PyeongChang.

The zone serves as a buffer between North and South Korea, inside which neither country can fire weapons, build up military personnel or equipment, or start any act of aggression. What goes on along either side of the Korean border, however, is a different story, as the area surrounding the DMZ is the most heavily fortified border in the world. The Armistice was intended to serve as a cease fire until a “final peaceful settlement” was achieved. Nearly 65 years later, that peace remains elusive.

TIME went to the eastern end of the DMZ, which stops at the Sea of Japan — known in Korea as the East Sea — for a look at some of the most remote portions of the 160 mile demarcation line. Barbed wire fencing marks the entire two-mile-wide DMZ, and on either side of the no-fight zone, mines pepper the barren landscape and watch stations for patrolling soldiers rise along its entire length.

Read More: North and South Korea Made Peace for the Olympics. But It Won’t Last

Despite such ominous reminders, the DMZ has become, like any must-see destination around the world, a big business. At this eastern end of the DMZ in Goseong, government officials are busy constructing a massive observatory tower scheduled to open this summer, to replace the small building built by the South Korean army in 1983 from which visitors currently view the last section of border fence dividing the two nations. Enterprising entrepreneurs also sell jewelry, as well as liquor, stamps and souvenirs from North Korea.

In fact, it wasn’t long ago that North Korea allowed tourists to come by the busload to visit Geumgangsan, one of Korea’s mountain landmarks. Guests stayed at a resort, managed by an arm of the South Korean conglomerate Hyundai, on the North Korean side of the border. In 2008, however, the program of good will was terminated when a North Korean soldier shot a South Korean visitor at the resort when she wandered into a restricted part of the hotel. The road leading straight into North Korea still remains, however, in the event that tensions between the countries improve again.

Incidents like that one keep South Korean soldiers on the lookout for any potential aggression by their Northern counterparts, including possible attempts to cross over the DMZ. Soldiers accompanied TIME’s videographer to ensure that none of the heavily fortified installations on the South Korean side of the border were recorded.

Read More: How the North Korean Figure Skating Trained for the Olympics—in Canada

In the decades since the DMZ was established, South Korean forces have uncovered numerous attempts by North Koreans to violate the terms of the agreement and infiltrate the South with the intent of breaking the cease fire. So far, four tunnels extending from North Korea into South Korea were discovered (the most recent in 1990) and capable of transferring up to an estimated 30,000 troops an hour.

After some negotiation, the soldiers agreed to allow TIME to shoot video footage, so long as a water tower blocked the view of the South Korean side of the DMZ. Speaking in Korean, the soldiers said they took several month-shifts patrolling different areas of the DMZ; one admitted his least favorite duty was covering the watchtower closest to North Korea, because it was so remote and isolated.

After decades of separation, these soldiers are from a generation that has few ties to the Korean War and no memories of life without a DMZ. The experience of patrolling can be lonely, they said, but the South Korean soldiers remain connected to the world beyond. As one soldier waited in his Jeep for his partner to return, he passed the time on the radio, listening to the latest K-pop hits. 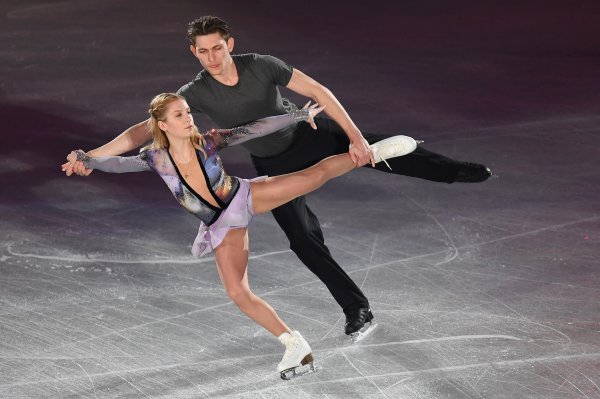 Harley Windsor Is Making History as Australia’s First Indigenous Winter Olympian. Here's What to Know About Him
Next Up: Editor's Pick