Nathan Chen hit the ice jumping when he landed in PyeongChang, South Korea to compete in his first Winter Olympic Games. Despite not sleeping through the night because of jet lag, the young American star managed to skate all three practice sessions to which he was assigned and he held little back, landing most of the challenging quadruple jumps for which he’s known.

That bodes well for the first member of the U.S. Olympic figure skating team scheduled to compete in PyeongChang. Chen, 18, will skate the short program portion of the team event this Thursday, Feb. 8, at 8pm ET, a day before the official Olympics opening ceremony on Feb. 9.

It’s a moment Chen was all but groomed for. When he was seven, Chen used to perform a routine set to “I Just Can’t Wait to be King” from the Lion King, decked out in a Simba costume with hoodie, ears and tail that his mother made for the occasion. Few could have predicted how prescient it was.

Chen is now the two-time U.S. national figure skating champion and is known as the Quad King for being the first skater in the world to land five quadruple jumps in a single program. Most elite figure skaters perfect just one or two of the four-rotation jumps. But Chen’s ability to whip off five different quad jumps makes him a favorite to win individual Olympic gold in PyeongChang.

A native of Salt Lake City and the youngest of five, Chen displayed his extraordinary skating skill from an early age, landing his first triple jumps at 10. Mastering quad jumps was an extension of the work ethic instilled by his parents, who immigrated from China. “My parents always wanted the very best from me, and pushed me further and further,” Chen tells TIME. “That stuck with me, and it’s something I’ve taken hold of myself and tried to improve on.”

As a rising junior figure skater, Chen noticed a “dry spell” in men’s skating in the U.S. during which there “hasn’t been too much motivation to do quad jumps,” he says. (A U.S. man’s last Olympic skating medal was Evan Lysacek’s gold in 2010.) “I was seeing younger guys at international competitions do crazy things, and realized we were a little far behind, and that we needed to keep pushing forward.”

Watching a competitor from China packing his figure skating programs with three quad jumps sparked a competitive fire in Chen. “Knowing that other guys were far ahead of me switched a light on in my head, that it was really important to get these quad jumps,” he says.

Trained in ballet and gymnastics along with skating, Chen’s strength and technique offered a strong foundation for building his repertoire of quad jumps. His training partner and Olympic teammate, Adam Rippon, says Chen is “one of the best jumpers in the world” and credits Chen with improving his own figure skating.

Chen is also among the most versatile. His programs seem to be a continuous work in progress — this season he has not performed the same long program twice, switching up his figure skating jumps depending on how he is feeling physically and compensating for any mistakes he may have made. Because he is able to execute five different quadruple jumps (not to mention their triple versions too), he has a range of tricks he can slide into his routines. “I’m the only skater currently who can do all five quads. So having that technical difficulty in my arsenal allows me to manipulate my program however I want during competition.”

Read More: 31 Athletes to Watch in the PyeongChang Olympics

The downside of all that flexibility (and sheer physical force) is the toll it can take on his body. Just after winning his first medal, a bronze, at the senior U.S. national championships in 2016, Chen injured his hip, forcing him to spend five months off the ice to recover.

Once back in the rink, Chen focused on soaring even higher. “I never set out to do these programs, or to make history,” he says. “I just like to keep pushing myself and the sport.” 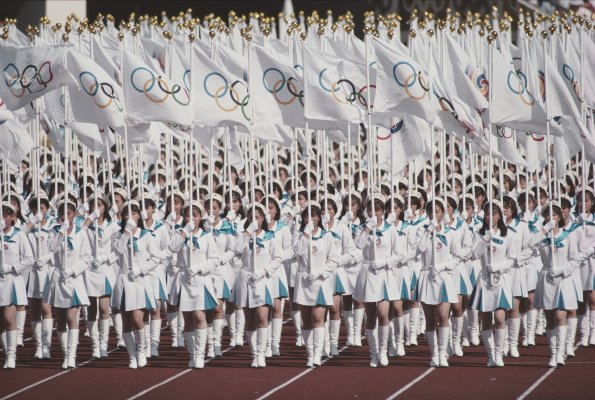 How Drama Between North and South Korea Threatened the Olympics 30 Years Ago
Next Up: Editor's Pick