Elon Musk may have caught a ton of headlines Tuesday with SpaceX’s launch of the Falcon Heavy rocket, but aboard the International Space Station (ISS), another first was also taking place: Space’s first badminton game.

American astronauts teamed up with Russian cosmonauts and a Japanese astronaut to make the game happen. Playing in zero gravity reportedly involved adding a new layer of “space rules” to the game.

A few videos of the experience made their way onto Twitter:

Given the wonky rules and even more adventurous gameplay, the teams reportedly didn’t keep score. Instead, they decided that “friendship won” in the end.

Russian cosmonaut Alexandr Misurkin, one of the Russians who participated in the game, is a champion badminton player. After the game he compared the game aboard the ISS as “the same as putting a flag on Mars,” reports International Business Times.

After the game, NASA astronaut Mark Vande Hei suggested that it might be time for officials to consider adding an ISS module specifically for playing games. But That might not happen, since the fate of the space station overall is currently unknown. President Trump has said he is considering ending funding for the ISS by 2025. 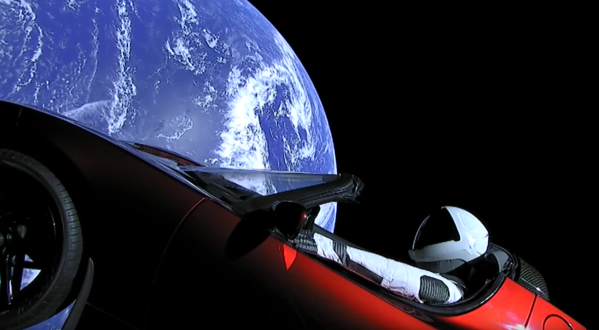 The Falcon Heavy Rocket Shot a Tesla Into Outer Space. And It Had Cameras Aboard
Next Up: Editor's Pick