Why Winter Olympic Athletes Are Getting More Condoms Than Ever Before

The Olympic rings are seen during previews ahead of the PyeongChang 2018 Winter Olympic Games at the Olympic Village on February 6, 2018 in Pyeongchang-gun, South Korea.
Alexander Hassenstein—Getty Images
By Jennifer Calfas

With 2,925 athletes from 92 countries, the 2018 Winter Olympics set a record for the largest number of competitors ever at the storied event.

The PyeongChang Games also set another record that has nothing to do with sports — more free condoms at the Olympics will be doled out at Olympic Village and other venues at the 2018 competition than any other previous Winter Olympics.

Olympic athletes received 110,000 condoms — the most of any previous Winter Olympics — this year in PyeongChang. That’s more than 37 condoms per athlete, which are worth about $93,370, according to Korea Biomedical Review, a local news agency. The company Barunsengkak donated 100,000 of the condoms at the Winter Olympics, and the Korean Association for AIDS Prevention donated the other 10,000, the news outlet said.

The Benneton condom advertisement at the Olympics in Rio de Janeiro. (Photo by Claire Mackintosh/EMPICS via Getty Images)

Condoms at the 2018 Winter Olympics are available at the Olympic Village, the stadiums and at the press center. A representative from the Olympics did not respond immediately to a request for comment.

But while this year’s Olympic condom supply is record breaking, the distribution of condoms at an Olympic Games is nothing new. Condoms were first freely available at the 1988 Summer Olympics in Seoul, South Korea, in an effort to prevent the spread of HIV. The distribution of condoms continued from there, as tens of thousands of free condoms grew to a height of 450,000 condoms at the 2016 Summer Olympics in Rio de Janeiro. At Sochi in 2014, 100,000 condoms were given out.

Sex at the Olympics is certainly nothing new, either. In Sochi, news quickly spread that athletes were using Tinder, the dating app, at Olympic Village. Olympic swimmer Ryan Lochte told ESPN before the 2012 Summer Olympics “70 percent to 75 percent of Olympians” have sex at the Olympics, later adding: “My last Olympics, I had a girlfriend — big mistake. Now I’m single, so London should be really good. I’m excited.”

Indeed, sex at the Olympics has gone beyond the privacy of Olympic Village apartments. Olympic organizers found their free condoms on the roofs of housing for athletes back in Seoul Games in 1988, resulting in a new rule from the Olympic Association that outlawed outdoor sex, as TIME has detailed.

Based on the frigid temperatures in PyeongChang, it’s likely Olympic organizers won’t have the same issue this year. 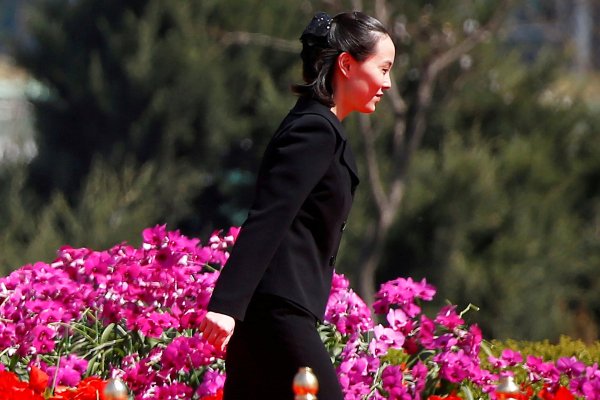 Kim Jong Un's Sister Will Attend the Winter Olympics
Next Up: Editor's Pick