The Falcon Heavy Rocket Shot a Tesla Into Outer Space. And It Had Cameras Aboard

The Falcon Heavy is now the world’s most powerful operational rocket, a major achievement given SpaceX is a private firm rather than a government agency, like NASA or the ESA. The Falcon Heavy’s successful launch is an encouraging sign for SpaceX and Musk’s lofty ambitions to one day put humans on Mars.

Such a goal remains years away. But Musk still managed to use the Falcon Heavy launch to put one of his electric cars into space. Strapped in the Tesla’s seats was a mannequin wearing a spacesuit nicknamed “Starman,” a reference to the David Bowie classic.

Starman is expected to orbit the sun for hundreds of millions of years. Take a look at some of the photos of him driving in space with a Tesla, courtesy SpaceX’s cameras on board the car. 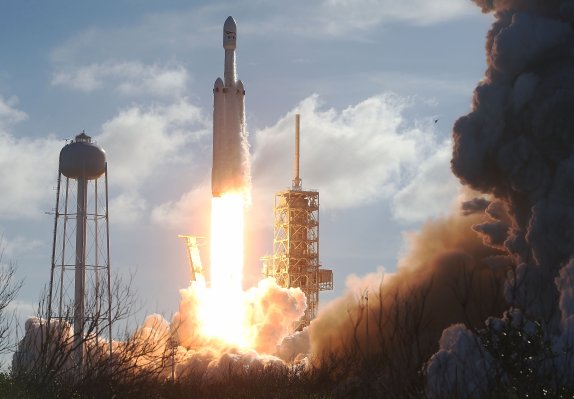