If you still haven’t gotten your fill of SpaceX footage, there’s a stream going on of the Tesla Starman right now.

With the launch of the Falcon Heavy rocket, SpaceX CEO and founder Elon Musk decided to also launch a red Tesla Roadster into space, manned by a dummy he deemed “Starman.” Starman’s 15 minutes of fame aren’t done quite yet, because you can still see him riding in the car, with one arm casually leaning on the side. The video provides views of a distant Earth and moon.

The video is streaming on Youtube from the official SpaceX account, of course, but since the car is cruising in the vacuum of space, there’s no sound to accompany the visuals. The video also switches angles, just in case a car floating through space wasn’t interesting enough from the driver’s perspective.

Starman’s launch was complete with a “Don’t Panic” visual, a nod to The Hitchhiker’s Guide to the Galaxy, and David Bowie’s “Space Oddity” played during the rocket’s takeoff. 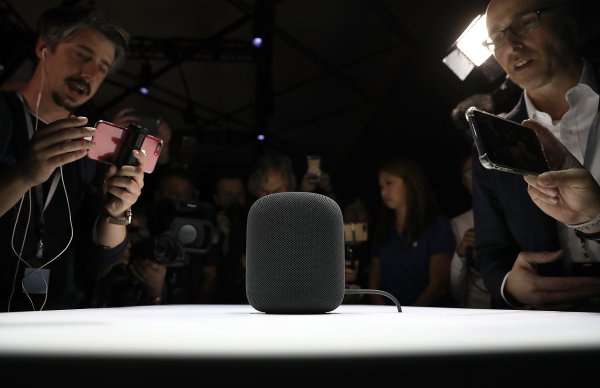 Apple's HomePod Faces a Challenge the Company Is Totally Unfamiliar With
Next Up: Editor's Pick