How Long Does It Take to Get a Passport? Here's What You Need to Know

Traveling out of the country? Before you pack your suitcase and jet off, you’ll need to get a passport. But getting a passport, whether you’re applying for your first one or renewing your dog-eared, stamp-filled travel companion, can be a complicated process.

“A lot of people tend to put it off,” says Zach Honig, the editor-at-large at The Points Guy, a travel advice website. But, Honig adds, it’s “definitely worth the effort.”

So, how do you get a passport? Can you do it online or do you have to visit a passport agency? What goes into the passport application? How and when do you renew your passport? And do you get to keep your old passport when you get a new one? We’re going to break it down step-by-step and by situation.

But the first step is universal for nearly everyone. For starters, you’ll need to find an official passport acceptance facility (usually a post office, public library, or local government office that submits passport applications on behalf of the State Department) to get the process started. And to make the process go as smoothly as possible, you’ll need a pretty substantial list of documents filled out and ready to go.

Here’s the list of what you’ll need to officially apply for your first passport, according to the State Department:

That can seem like a lot of paperwork, so “double and triple check that you have all the documentation necessary and if you can, make an appointment in advance,” Lonely Planet destination editor Sarah Stocking suggests.

How long does it take to get your passport? The State Department estimates a passport takes four to six weeks to process from the time you turn in your application (including the time it takes to mail it back to you), so leave plenty of time, especially in spring, when many people are preparing for the busy summer travel season.

If just the thought of catching an international flight with a soon-to-expire passport makes you anxious, leave ample time to renew (the government recommends renewing your passport nine months before it expires). Unlike the process of getting your first passport, you don’t have to go to an official facility in person. Rather, to renew a passport, you can simply mail in all your documents. That is, if you have your old passport, it’s in decent shape beyond the usual wear-and-tear, it was issued when you were older than 16 and within the last 15 years, and your name hasn’t changed. If you can check all of those off, you’ll need to include the following in the mail to renew a passport:

If you have changed your name since getting your last passport, you can include official proof of the name change, such as a marriage certificate, divorce certificate or court-ordered name change document.

How long does it take to get a passport renewed? Once you’ve submitted all of the above, it generally takes the same amount of time as a first-time passport —four to six weeks — from the date of application through mailing, to get your new passport. Globetrotters with lots of passport stamps who want to hang onto their old passport as a memento should know that old passports do get returned (usually with a hole punched in the cover), though MaSovaida Morgan, Lonely Planet’s South America editor, recommends slapping a sticky note on the cover expressing you’d definitely like to have your old copy sent back, just for good measure.

If you don’t have your old passport, you’ll have to treat a passport renewal like a first-time passport application, filling out the DS-11 form and going in-person to a passport acceptance facility.

Think you’re in the clear in terms of passport renewal? Check again, since “you can’t necessarily travel right up to your passport expiration date,” explains Trisha Ping, Lonely Planet’s editor for the Eastern USA. In fact, “many countries won’t let you enter if your passport’s expiration date is within three or even six months of your departure.”

Japan, for example, “requires your passport be valid for the duration of your visit,” Honig, of The Points Guy, adds. It’s possible an airline will let you book, check in and even fly to your destination with an out-of-date passport, he adds, so it’s really your responsibility to stay on top of date requirements. “A foreign country isn’t going to hesitate to put you back on a plane [home], perhaps at your own expense.”

It’s also worth noting that even if your passport is valid, you could still need to get a visa to enter your destination country. “Visas are a different beast,” Honig says, but luckily “visas are still valid even if they’re in an expired passport.” So if you have an expired passport with a current visa, it’s good to get your old passport back with your renewed passport.

Bottom line: Leave plenty of time to get your passport renewed, check the expiration date on your passport even if you think you’re good to go, and research the passport and visa requirements of the country you’re planning to visit.

If you find yourself with weeks (or even days) before your trip with an expired or soon-to-expire passport, take a deep breath because all’s not lost. There are a few ways to get an expedited passport, though it’s definitely a more expensive and time-consuming process.

How long does it take to get an expedited passport? Well, it depends on how much of a time crunch you’re actually in. Here are a few different scenarios and what to do in each:

If you’ve gotten married, divorced or simply changed your name and want make it passport official, there are a few ways to go about changing the name on your passport. The easiest way is to have an official or certified copy of a marriage certificate or court order (you can’t send in a photocopy or notarized copy).

If your passport was issued less than a year ago, there’s no fee for changing you name on the passport. Just send in the DS-5504 form, an original, certified name change document, the old passport and one color passport photo (with the same requirements listed above).

If it’s been more than a year, you’ll essentially go through the renewal process and include name-change documents. If, however, you don’t qualify for a renewal (you don’t have your old passport, it’s beat up beyond normal travel wear-and-tear, or if it was issued when you were younger than 16 or more than 15 years ago), you’ll have to go through the first-time passport application and include the name change documentation, too.

In Case of an Emergency

If you lose your passport or its stolen while you’re abroad, “you’re not without options,” according to Honig of The Points Guy. Before leaving for a trip, make note of the closest embassy or consulate in relation to where you’re staying — that’s where you’ll go if you lose your passport while on your trip. If you happen to lose your passport and find yourself at a U.S. embassy without a passport, Evan Godt, a managing editor at Lonely Planet says, remember to “be very polite and friendly to embassy staff; they are trying to help you get home!”

Many pro travelers keep photocopies of their passports as a backup for emergencies, and Lonely Planet editor Trisha Ping suggests keeping a scan of your passport saved online in the cloud, too, both of which will make getting an emergency replacement passport at the consulate easier. Obviously, the simplest way to keep your passport safe is to safeguard it while you travel.

Honig recommends picking a spot, such as a small backpack pocket, and making it your passport’s permanent home while traveling so you always know where it is. Once you reach your destination, though, it’s often safer to store your passport at the hotel and walk around with a photocopy version.

So, if you’re going on a round-trip cruise, getting a passport card could work, but “you never know when you plans might change and you’d need to fly,” says Godt.

There’s also no time advantage to getting a passport card; the processing time is the same as a regular passport. If you do want to spring for both, you can apply for both a passport and a passport card at the same, using just one application form. “I don’t see any reason to get [a passport card] instead of a passport,” says Honig, but getting both could provide you with another proof of your U.S. citizenship and identity.

Don’t let waiting on your passport to arrive add to the stress of trip planning. Once you’ve submitted your documents and passport application online or at a passport acceptance location, you can track the status of your passport online or via phone, whether it’s a first-time application, renewal or name change. 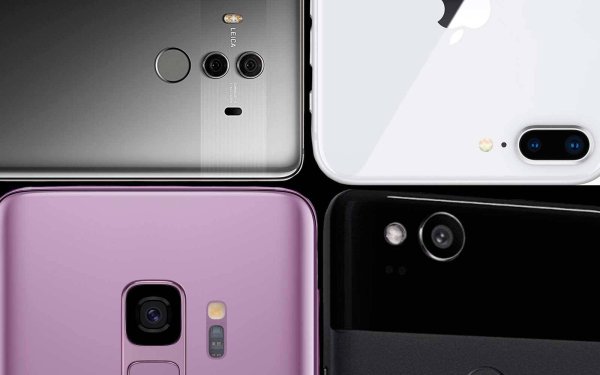 The 4 Best Smartphone Cameras for Travelers
Next Up: Editor's Pick