President Donald Trump has landed himself in hot water across the pond, after he tweeted on Monday morning criticising Britain’s National Health Service (NHS).

In an tweet about Democrats who want universal healthcare, Trump used the NHS as an example of a system that doesn’t work, referring to the latter as “broke”.

“The Democrats are pushing for Universal HealthCare while thousands of people are marching in the UK because their U system is going broke and not working,” he said. The President referred to recent marches when 60,000 people took to London’s streets to demand more funding from the Conservative government for the NHS, which has been overwhelmed at times over the winter.

“Dems want to greatly raise taxes for really bad and non-personal medical care. No thanks!” he added.

People in Britain’s two main political parties weren’t happy — perhaps unsurprising, given the overwhelming popularity of nationalized health care in the U.K. In a 2013 poll the NHS topped the army and the monarchy as the greatest source of British pride. The healthcare system was also celebrated during the London 2012 Olympics Opening Ceremony.

Jeremy Corbyn, the leader of the opposition Labour Party — which launched the NHS in 1948 — tweeted back at the U.S. President: “Wrong. People were marching because we love our NHS and hate what the Tories [or the Conservative Party] are doing to it. Healthcare is a human right.”

Jeremy Hunt, the British health secretary and a Conservative MP, said: “I may disagree with claims made on that march but not ONE of them wants to live in a system where 28m people have no cover.”

“NHS may have challenges but I’m proud to be from the country that invented universal coverage – where all get care no matter the size of their bank balance.”

Others have pointed out that Trump completely missed the point of the marches:

Trump’s incendiary tweet comes just days after his meeting with British Prime Minister Theresa May at the World Economic Forum in Davos, where attempts were made to patch up their already strained relationship ahead of Trump’s planned state visit to Britain later this year. 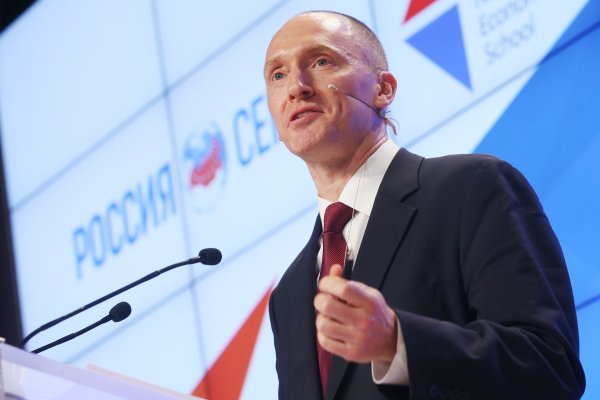