By Massimo Calabresi and Alana Abramson

Former Trump campaign adviser Carter Page bragged that he was an adviser to the Kremlin in a letter obtained by TIME that raises new questions about the extent of Page’s contacts with the Russian government over the years.

The letter, dated Aug. 25, 2013, was sent by Page to an academic press during a dispute over edits to an unpublished manuscript he had submitted for publication, according to an editor who worked with Page.

“Over the past half year, I have had the privilege to serve as an informal advisor to the staff of the Kremlin in preparation for their Presidency of the G-20 Summit next month, where energy issues will be a prominent point on the agenda,” the letter reads.

Page is at the center of a controversial memo from Republican Congressman Devin Nunes, released this week. The Nunes memo claims that in Oct. 2016 the FBI improperly received court permission to spy on Page, whom Trump had named as an adviser to his campaign in March 2016. The Nunes memo says the FBI based its request for eavesdropping permission on information provided by former British spy Christopher Steele while Steele was working for Democrats.

House Democrats, the FBI and the Justice Department have all raised questions about what they say are omissions and misleading analysis in the Nunes memo. They argue the FBI presented multiple pieces of evidence, beyond the Steele dossier, in their request for a warrant against Page from the secretive FISA court. But President Donald Trump argued after declassifying the memo that it showed that “a lot of people should be ashamed of themselves.”

At the heart of the debate is the question of who, exactly, is Carter Page. Trump’s defenders argue that he was simply a low-level consultant to the campaign who has overstated his role as an adviser as well as his Russian contacts. The Steele dossier claims that during a trip to Moscow in July 2016, Page held secret meetings with a senior Kremlin official and a senior Putin ally that included conversations about helping Trump and hurting Hillary Clinton in the presidential campaign. The Steele dossier does not identify its sources and Page has denied any wrongdoing.

Read More: Who Is Carter Page?

In interviews with reporters over the past year, Page has given inconsistent accounts about his contacts with the Russians.

In January 2013, Page met a Russian diplomat named Victor Podobnyy at an energy conference in New York City, according to court documents. The two exchanged contact information, sent each other documents on energy policy and met several more times to discuss the topic, the documents allege. Two years later, in January of 2015, Podobnyy was charged in absentia — along with two other Russians — with working as a Russian intelligence agent under diplomatic cover.

Court records include a transcript of a conversation where Podobnyy talks about recruiting someone named “Male-1” by making “empty promises” about “connections in the [Russian] Trade Representation.” Page now acknowledges that he was “Male-1.” Podobnyy and one of the Russians had diplomatic immunity and left the U.S. The third Russian was arrested and eventually expelled from the U.S. in April 2017.

In messages to TIME after the Nunes memo was released, Page said that in the first nine months of 2013 he “sat in on and contributed to a few roundtable discussion with people from around the world.” He said the meetings started when one of Russia’s representatives was in New York at the United Nations. He provided an April 15, 2013, briefing document authored by Russian trade diplomat, Ksenia Yudaeva, on Russia’s priorities for a summit of the 20 richest countries in the world to be held in St. Petersburg in Sept. 2013. Page says he had subsequent similar meetings, describing them to TIME as “really plain-vanilla stuff.”

Says Page, “Does that make me an evil villain, as some of your sources would like to have you think?” Page has not been charged with any crimes.

In June 2013, the FBI interviewed Page regarding his contacts with the Russians, Page says. The FBI believed that Russian intelligence services had attempted to recruit Page as an agent with promises of business opportunities in Russia, according to the 2015 court documents.

Page told the FBI at their June 2013 meeting that the officers might better spend their time investigating the Boston Marathon bombing, which had occurred the previous April, according to a letter Page sent to Democrats on Nunes’ committee last May. Page says that thereafter the FBI began a retaliatory campaign against him. According to published reports, the FBI obtained a first FISA warrant to eavesdrop on Page’s electronic communications during 2013. And they have been paying attention to him, on and off, ever since.

Read More: What Is the Trump Dossier?

Two months after his meeting with the FBI, Page sent the letter claiming to be a Kremlin adviser. In addition to his work as an energy consultant, Page has studied and written on Russian affairs, and had submitted a book for publication by the academic press. Page felt frustrated by the fact that he had revised his manuscript about Russian relations is Central Asia and it had not been reviewed again, according to the editor who has worked with Page in the past and who requested anonymity due to the confidential nature of the matter.

The letter to the manuscript reviewer is not the first example of Page touting his relationship with Russia. McClatchy reported last year that in 2008, the U.S. Embassy in Turkmenistan sent a cable to the U.S. State Department describing how Page had met with government officials in the country, which was formerly part of the Soviet Union, about possibly working for their oil companies. The cable described how he touted his work with the Russian-run company Gazprom.

The editor said that Page’s views on Russia were notably different from other scholars. “He wanted to make the argument that we needed to look more positively at Russia’s economic reforms and Russia’s relationship with Central Asia,” says the editor. “I didn’t think it was so weird, it was just contradictory to most mainstream Russian specialist’s views.”

The editor thinks Page was ultimately harmless in terms of national security threats. “I would never have seen him in the center of concern like this, or playing a role or being seen as an intermediary between the Russian government and a political candidate,” the editor said. “He struck me just as someone who had developed some strange academic views … and wanted to have them published,” the editor says.

“I just came to see him as a kook,” the editor says. 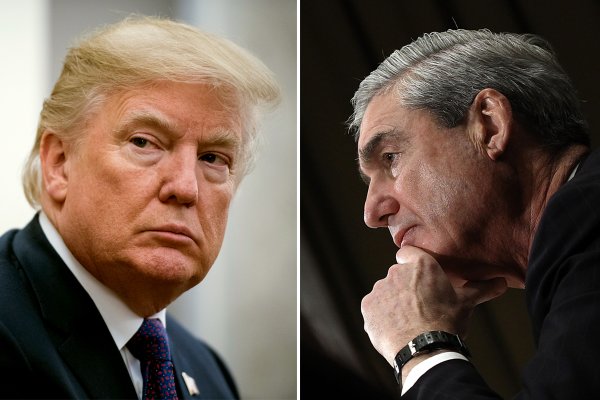 Trump Keeps Attacking Members of His Own Party for Being Partisan
Next Up: Editor's Pick