Douglas Haig, of Arizona, was arrested Friday after Haig’s fingerprints were found on two unfired .308-caliber rounds from Paddock’s hotel room, according to CNN. Those bullets are classified as armor piercing, which he did not have a license to manufacture. Authorities seized more armor-piercing ammunition from Haig’s home in Mesa, Ariz.

In a news conference, Haig’s attorney Marc J. Victor said that his client did not alter the bullets from the manufacture specs, CNN reported. He added that the sale made “no contributions” to the killings as well because the tracer ammunition did not appear to be fired. A total of 59 people were killed on Oct. 1 in the Las Vegas shooting, including Paddock from a self-inflicted gun shot wound.

Haig said he sold Paddock 720 rounds of surplus U.S. military tracer ammunition at a Phoenix gun show in September, according to CNN. The ammunition seller added that his conversations with Paddock did not raise any suspicions. Paddock said he planned to shoot the ammunition at night with friends and “that he was going to go out to the desert and put on a light show,” Haig said. 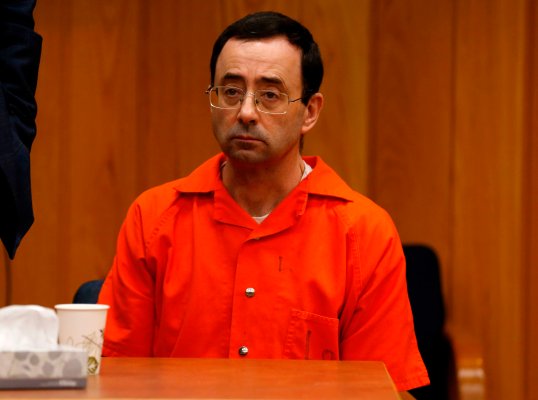 Father Tries to Attack Nassar in Court
Next Up: Editor's Pick