Hurricane Rescue Dogs Will Steal the Show at the 2018 Puppy Bowl. Here's Everything You Need to Know Now

If football isn’t quite your cup of tea, fear not: the annual Puppy Bowl is here to save you on Super Bowl Sunday, offering an adorable dose of furry canine competition.

How do I watch the Puppy Bowl?

Team Ruff and Team Fluff will face off at Puppy Bowl time, 3:00 p.m. EST on Sunday, Feb. 4, making for a nice pre-Super Bowl LII taste of lower-stakes competition before the big game gets underway.

How do I watch the Puppy Bowl?

The Puppy Bowl channel is Animal Planet, which is available to those with a cable subscription, and there’s also an online Puppy Bowl live stream with your cable login.

So how do I watch the Puppy Bowl without cable?

If you’re not a cable subscriber, you can check on services like DirecTV Now or Sling to get channels on-demand. PlayStation Vue also carries Animal Planet through its “Access” plan, which offers viewers a five-day trial.

Before the show, you can familiarize yourself with the starting lineup of pups — like Blueberry Pie, a 15-week-old miniature poodle and chihuahua mix, or Buckalew, a 13-week-old chihuahua-dachsund — on the Animal Planet site.

What performances should I look out for?

And there’s even halftime entertainment of the animal variety: cat lovers will be pleased to see that a Kitty Half Time Show is scheduled to take place, echoing Justin Timberlake’s own performance.

A piano-playing chicken named Jokgu will kick things off with “The Star-Spangled Banner” and “an adorable blended bunch of baby barnyard cheerleaders, including ducklings, piglets and baby bunnies” will be playing cheerleaders on the sidelines. African grey parrot Meep the Bird will help host, too. It’s quite the menagerie.

What else should I know about the Puppy Bowl dogs this year?

The best part? The 90 dogs who will appear on the show are all rescues from different natural disaster zones, hailing from 48 shelters in Texas, Puerto Rico, Mexico, Miami and more. And they’re all up for adoption — and could even be yours, if you act fast enough.

Can I adopt Puppy Bowl dogs?

You can. But most will have been adopted by the time the puppy bowl airs. (The Puppy Bowl has a 100% adoption rate, according to an organizer, but often the dogs come from shelters with others in the litter who might still be looking for a home.) Meet some of the lucky pets who found homes here. And those cats from the Kitty Bowl are adoptable too. 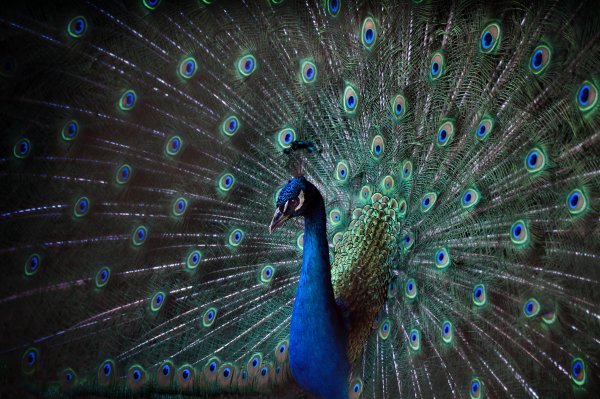 United Airlines Kicked This Woman's Emotional Support Peacock Off a Flight
Next Up: Editor's Pick