Here's What Donatella Versace Misses Most About Her Late Brother Gianni

Donatella Versace, the fashion designer behind the iconic fashion line Versace, has become as much a fixture of pop culture as the opulent, over-the top clothes she designs. From playing herself in Zoolander to being immortalized in a song named after her (Lady Gaga’s “Donatella”), Versace can come off as a larger-than-life fixture.

However, the designer recently opened up about her personal life, when Vogue interviewed her as a part of their “73 Question” series. In the video, Versace gives a tour of her family’s famed Milan apartment and talks about feminism, why she’ll always choose heels over flats, and perhaps most powerfully, her late brother Gianni Versace, whose assassination nearly two decades ago is again a topic of conversation, thanks to this season of American Crime Story.

Versace shares that she thinks that her brother, the founder of the House of Versace, would not think that her creative direction of the brand was “good enough;” she also shares that what she misses most about him is his laugh and that the best advice he ever gave to her is to “be true to yourself.” She adds that the tribute collection she showed last year was in honor of him, but she could only produce it twenty years after his death because before that it was “too painful.” 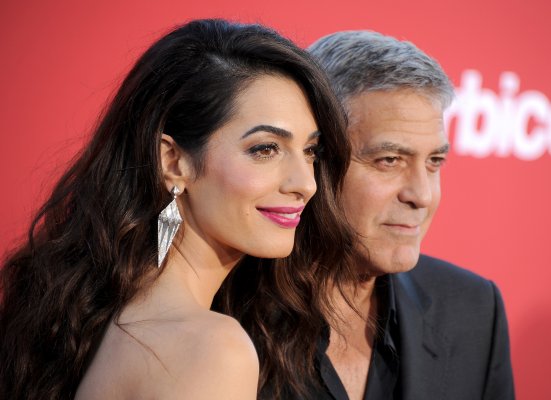 George Clooney Tells the Surprising Story About How He Met His Wife Amal
Next Up: Editor's Pick