A Fresh Wave of Terrorist Attacks Has Rocked Afghanistan. Here's What to Know

Afghan security personnel detain a suspect as they guard the site of an attack near the Marshal Fahim Military Academy base in Kabul on January 29, 2018.
Wakil Kohsar—AFP/Getty Images
By Joseph Hincks

About 90-minutes before dawn broke on Jan. 28, Kabul residents woke to the sound of explosions and gunfire. A group of insurgents armed with rocket-propelled grenades and automatic rifles had stormed an army post near a military academy in Afghanistan’s capital.

Monday’s pre-dawn raid lasted an hour and ended in the death of 11 soldiers, as well as four of the five militants who instigated it. It was the fourth brazen attack in a little over a week that saw more than 140 people killed in around Kabul and exposed gaping holes in Afghanistan’s security structure.

For many, the four atrocities—two claimed by the Taliban and two by a local ISIS affiliate—also underscore the futility of a 16-year United States military campaign (the longest war America has been involved in). Despite a threefold increase in aerial ordinance dropped on the Taliban in 2017, the insurgent group made considerable territorial gains and is now openly active in 70% of Afghanistan, according to a recent BBC study.

For all the talk of the Taliban resurgence in the countryside, the latest spate of attacks shows that urban spaces remain highly vulnerable and lay bare the intelligence gathering frailty of the country’s Western-backed government, says Michael Kugelman, an Afghanistan specialist at the Wilson Center.

“Afghanistan simply is in no position to preempt large-scale attacks, even in supposedly more highly secured areas,” Kugelman tells TIME.

What did insurgent groups target in the latest wave of violence?

On January 20, Taliban fighters in suicide vests laid siege to Kabul’s Intercontinental Hotel, killing more than 20 people over the course of a 13 hour-long gun battle. At least 14 foreigners, including four Americans, were among the dead, according to the U.S. State Department. The Taliban struck again on January 27. This time the death toll breached 100 after attacker blew up an explosives-laden ambulance on a busy Kabul street.

“How are we to live? Where should we go? We have no security. We don’t have a proper government. What should we do?” a local shopkeeper told the Guardian in the aftermath of the ambulance attack.

Five day after the Taliban hit Kabul’s Intercontinental, suicide bombers and gunmen attacked the Jalalabad offices of international NGO Save the Children, about 100 miles east of downtown Kabul. “Incidents like this have a direct impact on the children and communities we work to protect and yesterday programs across the country were brought to a halt,” Save the Children said in a statement confirming a fourth member of its staff had died after the attack.

That attack, as well as the Jan 28 assault on the military outpost, was claimed by local ISIS affiliate Islamic State Khurusan (ISK).

The brazen nature of the assaults—and the way in which they came in such quick succession—has thrust Afghanistan back into the headlines. Sadly, it is never far from them. A little more than a month ago ISK claimed responsibility for killing 41 people at a Shia cultural center; in May last year a truck bomb near Kabul’s presidential palace killed more than 150 people, the majority of them civilians.

Is the insurgency entering a bloodier phase?

It depends on who you ask. Responding to reporters questions about how attackers penetrated ostensibly well-defended urban sites with apparent ease, the head of Afghanistan’s spy agency Mohammad Masoom Stanekzai said that the terrorists were “changing their tactics,” according to Agence France Presse.

The ambulance attack in the city center did “not mean a lapse (in security). We have foiled many attacks but some are difficult to control,” Stanekzai said.

However, Taliban-led campaigns of violence in cities have long accompanied the group’s advances in the countryside.

What has changed is the insurgents’ willingness to claim responsibility for attacks targeted at civilians, rather than police and the military. That is likely a product of the insurgents’ desire to heap pressure on the state that it wishes to overthrow.

Says Kugelman: “[The Taliban] wants to make the state look weak, and what better way of doing so than making it clear that the state is unable to protect its own people?”

How have Afghanistan and U.S. leaders responded?

The Taliban has made some diplomatic overtures, including the 2013 establishment of an unofficial embassy in Qatar. But the group has long publicly maintained that peace talks depend on the withdrawal of foreign forces.

A spokesman for Afghanistan’s President Ashraf Ghani has said that with its recent attacks the Taliban had “crossed a red line and lost the opportunity for peace,” but Ghani continues to leave the door ajar for peace talks with the insurgents.

U.S. President Donald Trump noted that a change in circumstances could eventually precipitate talks. “There may be a time, but it’s going to be a long time,” he said.

There seems scant incentive, however, for an ascendant Taliban to talk or change tack. Analysts argue that the U.S. military, which could not secure Afghanistan with 100,000 troops on the ground in 2010, is unlikely to be able to turn the tide now with 15,000.

“These attacks should prompt a sobering reminder that after nearly two decades of war, U.S. policy options are limited in Afghanistan,” Kugelman tells TIME. 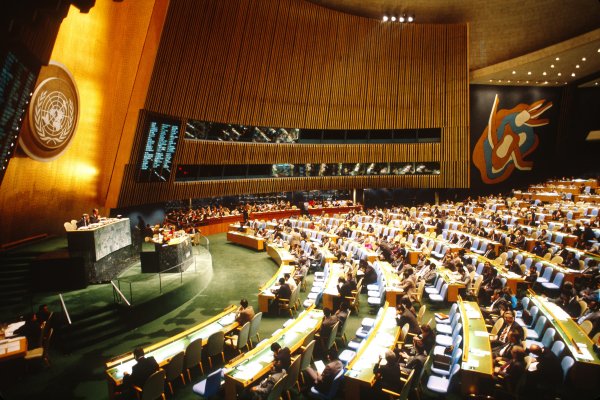