You’ve been hearing Rita Ora‘s voice for years, even if you didn’t know it. As a featured vocalist on U.K. hits like DJ Fresh’s 2012 track “Hot Right Now,” a host on America’s Next Top Model and the singer on the current Fifty Shades Freed collaboration “For You” with Liam Payne, Ora is a fixture of the pop landscape. But her life as a pop star is miles, both literally and figuratively, from where she got her start. Born in a war-torn Kosovo in 1990, her parents made the choice to move their family to the U.K. when she was just a child.

For her new song “Proud,” Ora looked to fan-submitted stories shared online with the Open Mic Project to create an uplifting anthem that celebrates overcoming adversity. “It’s about acceptance, individuality, giving people a platform to share their stories,” she explains of the collaboration, which draws inspiration from topics ranging from reflections on body positivity to finding a place to belong.

For Ora, who has been singing professionally for eight years but is only now releasing her second studio album, the song and the body of work to come marks a shift toward getting her voice out in the way she wants to be heard. “I’m 27 now,” she tells TIME. “When I was 18, I was like, ‘I just want to put music out.’ And that’s what happened.” But, she remembers, she didn’t necessarily get the credit she deserved, or have the agency to make choices about how she would be received. That’s no longer the case.

Below, she talks to TIME about making “Proud,” coming into her own as a woman in the music industry and the power of patience.

TIME: Why did your family choose to leave Kosovo?

Rita Ora: My mum and dad made a conscious decision for me and my sister at the time — we have a little brother, but he wasn’t born yet — to raise us in the U.K. for our education. Also there was a kind of a thing called a war going on.

Would you consider yourself a refugee?

I do consider myself as a individual that [sought refuge by going] from one place to the other, so yes, I do feel like that has a lot to do with my background. But I felt so incredibly accepted in London, which is where I grew up.

How did the Open Mic Project collaboration come about?

I would take everybody’s stories that the generous storytellers would send to the website and I would read them all, and that inspired the song that I did for Absolut. But it was also difficult to just vaguely speak about all the stories. For me and my friends, who mostly are not from the U.K. either, we were kind of like, “This is such an important time to put something out that speaks out to people that sometimes don’t feel like they belong.”

Do you ever feel like you’ve been discriminated against as an outsider?

This industry that I am in, music, is definitely hard for women in the sense of we have to really prove ourselves a lot more, and sometimes we don’t get the acknowledgement. So it’s nice to be able now to speak out and be like, “Hey, I’m the one that did that.”

But I never felt like I didn’t belong. I just felt like you have to work a little bit harder.

Now do you feel like your voice is really being recognized?

Definitely. Earlier in my career, I was open to using other writers, other producers, and I didn’t really understand the political side of things. I was 18. And then I got a bit older and was like, “Whoa! I have more power than I thought I did.”

I started to stand up for myself. And now I have my credits I deserve as a songwriter.

What’s the advice you would give to young Rita, just starting out in the music business?

When I was younger I thought patience was so boring. But it really is like a golden trick to have in your back pocket. It really does pay off. It’s boring, but, you know, it works.

How would you like to see the industry change?

I think that this industry’s taking a turn for the better. As a woman in this industry, I think it’s so cool to be a part of this world of entertainment right now because it’s taking an amazing pivot into what I think is the right direction.

It’s nice to now be able to fight for what you do. 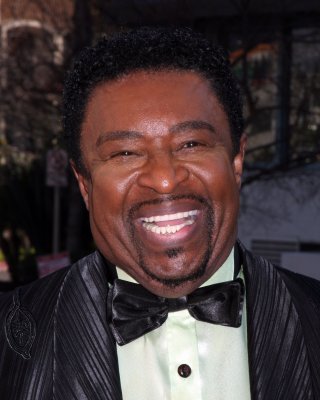