These Are the Best K-Pop Groups You Should Know About

K-pop — the broad name for the musical genre produced within South Korea’s notorious music-making factories — is one of the most successful genres in the world, fostering a seemingly endless stream of new talent and mobilizing millions of fans on social media daily. In turn, those fans fill stadiums from Chile to China to support their favorite groups. So as all eyes turn to South Korea for the 2018 Winter Olympics, it’s inevitable that we’ll be hearing some of their catchy tunes filter into our cultural consciousness. And K-pop has a lot to offer.

Dominated by three major factories that bring together young groups of stars and groom them for success, the K-pop world is diverse in sound, if similar in format.

Here, TIME identified six of the standout groups that currently claim the highest popularity, with top ranking on their own charts and plenty of potential to cross over into the U.S. Hot 100 in the near future, if they’re not already there. Their catchy beats transcend language, and the elaborate music videos that accompany them are feats of choreography well worth watching. From the social media frenzy around BTS (they’ve already made headway in the Western market) to the slick dancing of Twice, here’s who you should get familiar with as you prepare to dive into the infectious world of K-pop.

The seven-member boy band BTS — which used to stand for Bangtan Sonyeondan, but now represents the more English-friendly phrase “Beyond the Scene” — is one of music’s biggest social media phenomena, claiming a global fanbase that they call “Army” with more than 12 million Twitter followers who regularly get BTS-related topics trending globally on the platform with thousands of tweets. That fanbase kept BTS atop the Billboard Social charts for all but seven weeks in 2017, besting pop stars like Justin Bieber and setting records. It also won the boys — RM, Jin, Suga, J-Hope, Jimin, V and Jungkook, if you’re keeping track — the Top Social Artist title at last year’s Billboard Music Awards, and propelled their latest album release to debut at No. 7 on the albums charts, a major feat for K-pop.

Behind all of this momentum is the music and allure of BTS, who debuted in 2013 and have only been growing in popularity since. Their appeal is rooted in their upbeat onstage energy and their distinctive personalities, with each committed to staying abreast of social media feeds regularly. The music of BTS leans toward hip-hop with a melodic backbone, featuring collaborations with artists like top global DJ Steve Aoki and rapper Desiigner. And then there are the music videos: lavishly produced and high-concept, they showcase each of the boys in fashion-forward looks — and show off their sharp dancing skills.

Compiled of a crew of nine women from South Korea, Japan, and Taiwan discovered on a reality show in 2015, Twice have made a splash with their polished take on bubblegum pop, which they’ve produced on four EPs in just over three years together. They follow in the footsteps of fellow nine-member crew Girls Generation — one of the most successful K-pop acts ever — and take a page out of the book of the Spice Girls, with each singer claiming her own persona within the group. They’ve also found an uncanny ability to spark everything from viral trends to political controversy around the Taiwan-China conflict. Their highly-produced, highly-choreographed music videos have struck a chord, too: their most recent one, for “TT,” topped BTS’s most recent record to become the fastest K-pop video to hit 10 million views on YouTube, no small feat.

Early on, EXO performed a master exercise in dividing and conquering. Initially a 12-member boy band that debuted in 2012, they were split into two segments, half of whom focused on performing in Korea, and the other half in mainland China. After three members ultimately departed, EXO doubled down, also finding trans-Pacific love in both the U.S. and Canadian markets. But all of that pales in comparison to their popularity at home, where they’ve regularly broken records for concert and album sales. At times EXO emulates a hip-hop sound, complete with rap interludes; at other times, they could be singing over an EDM-lite synthy beat of the kind favored by Justin Bieber. Their flexible musical style is certainly working, as six years on they remain neck and neck with BTS for popularity. (They also each claim a unique identity as aliens with specific superpowers, to add to the drama.) After joining Twitter in 2017, the platform anointed them the most popular new members of the platform.

Founded in 2014, the five-member girl group Red Velvet is known for making both pop and, unusually, R&B-inspired jams, deviating from most of their counterparts. Their slinkier soul sound (think: Ariana Grande times five), offset by dance-ready tunes like the peppy “Dumb Dumb,” has attracted a primarily female fanbase, and indicates a smart choice to appeal to multiple genre audiences. Plus, they’re racking up industry cred by working with producers like The Stereotypes, who were also behind the Bruno Mars Grammy-winning blockbuster “That’s What I Like.” 2017 album Perfect Velvet topped the Billboard World Albums chart, and a repackaged release for 2018 sees them continue to chart this year — with plenty more to come.

iKON is, yes, another seven-member supergroup with reality TV roots. After forming in 2014 — and actually losing out to another group in a televised competition — they now have two albums under their belts; their most recent, a January release, has resulted in a No. 1 single on the South Korean version of the Billboard charts. “Love Scenario” is a stripped-down pop tune with a bright beat and a melancholy lyrical strain. It’s a far cry from many of their other hits, which tend towards the trap-like club jams and pop-funk grooves, but proves they have the breadth to work across categories just like their contemporaries. While they’ve spent the last few seasons focused on promotion in Japan — another of K-pop’s biggest audiences — 2018 could see them return to top form in Korean and broader markets. And they, too, have plenty of enviable choreography up their sleeves.

Currently making waves on the Korean charts, 13-member boy group Seventeen have the (literal) man power to fill out three different “units” focusing on vocals, hip-hop, and performance. It all started in 2013, when each member was introduced on a streaming show that ran for multiple seasons. When they finally made their official debut with a televised showcase in 2015, they managed to quickly rise to the top, notching two No. 1 releases over the last two years on the Billboard World Albums chart. 2018 is off to a strong start: they’re repackaging their second album, Teen, Age, into a “Director’s Cut” version. First up: “Thanks,” a new single and edgy, behind-the-scenes-style video that sees them skillfully mix dance-EDM with rap. 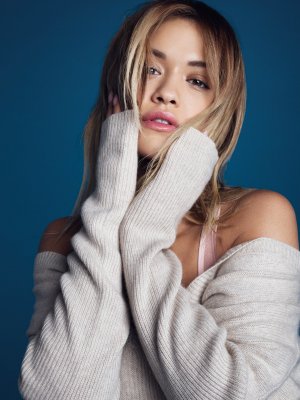 Rita Ora Is Proud to Be Making Music On Her Own Terms Now
Next Up: Editor's Pick