U.S. Ambassador to the U.N. Nikki Haley was not amused by Hillary Clinton‘s cameo at the 60th annual Grammy Awards on Sunday night.

Haley tweeted her disapproval of Clinton’s Grammys skit on Sunday, writing: “I have always loved the Grammys but to have artists read the Fire and Fury book killed it. Don’t ruin great music with trash. Some of us love music without the politics thrown in it.”

Clinton featured in a skit where celebrities “auditioned” to read excerpts from Michael Wolff’s hit book about U.S. President Donald Trump, Fire and Fury: Inside the Trump White House.

The former presidential candidate concluded the skit, which included celebrities like Cher, Snoop Dogg, Cardi B, and John Legend. Clinton’s face was initially covered by the book when she first appeared in the pre-taped segment. The crowd cheered as she lowered the book to reveal her face and proceeded to read the paragraph about Trump’s alleged love for fast food: “He had a longtime fear of being poisoned. One reason why he liked to eat at McDonalds. No one knew he was coming and the food was safely pre-made” Clinton said. 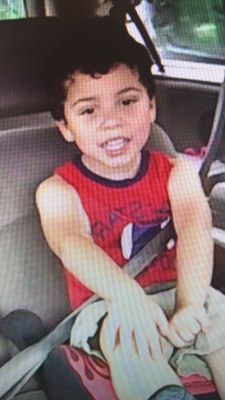 Body Found in Pond Is Believed to Be Missing 4-Year-Old Boy
Next Up: Editor's Pick