And then there was Cardi B, queen of one-liners.

“Why am I even reading this s–t?” the “Bodak Yellow” rapper asked in disbelief. “I can’t believe this. I can’t believe — this is how he really lives his life?”

But there was one more surprise in store: former presidential candidate Hillary Clinton, adding her own reading to the mix. Her narration roused the audience to applause.

“That might have just been the biggest cheer of the night,” Corden noted after the clip finished.

Earlier in the day, President Trump had publicly feuded with the Grammy’s most-nominated artist, Jay-Z, regarding comments the rapper made during a CNN appearance. 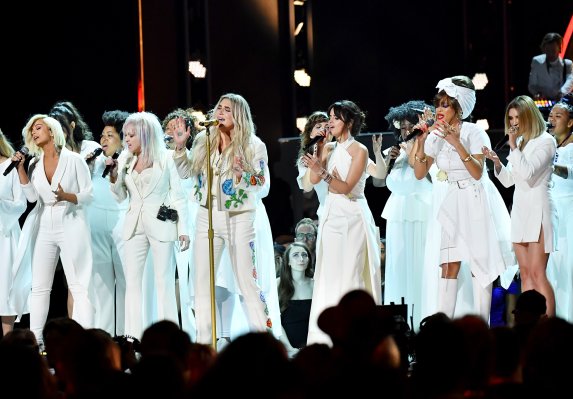 Kesha Led an Incredible Group of Women in Time’s Up Tribute
Next Up: Editor's Pick