Here’s Who Will Win at the Grammys

On Sunday night, music’s biggest names will assemble at New York City’s Madison Square Garden for the 60th Annual Grammys. The ceremony is a splashy return to the East Coast after 15 years away, marked by a sea change in the sounds and styles of this year’s crop of nominees. The night will kick off at 7:30 p.m. EST on CBS, hosted by James Corden for the second year in a row. But of course, we’re all tuning in mainly for the performances (this year, we get Rihanna and Cardi B, among many more), and the big awards themselves.

Below, here are our predictions for those who should — and will — take home some of the night’s biggest prizes.

Who should win: Jay-Z. “The Story of O.J.” might be the most political Jay has ever gotten — while, at the same time, getting deeply personal.

Who will win: Don’t be surprised if rap-leaning voters split between Lamar’s new wave rap and the traditionally Grammy-loved Jay-Z’s old school hip-hop, allowing someone else to take the title. In that case, Bruno Mars’ ’90s-redux funk on “24K Magic” has the broad appeal and commercial success to make it a serious contender.

Who should win: “Despacito” is a remarkable work of Latin-pop songwriting, with its reggaeton elements and that undeniably smooth Justin Bieber remix. Its success as a Spanish-language single nods to the mainstream’s growing recognition of global audiences, and the choice would carry extra weight in a year marked by increasing displays of xenophobia.

Who will win: There has rarely been a catchier song than “Despacito,” thanks to the work of its crew of writers, including the talented Erika Ender and longtime Latino pop favorite Luis Fonsi. Listeners crowned it the song of the summer, and it’s likely the Grammys will give it some deserved kudos.

Who should win: DAMN. Lamar made himself a household name with the inescapable, insistent DAMN., a strong album from top to bottom that cemented his status as the rapper to beat — and an artist channeling some of America’s deeper angst.

Who will win: As with Record of the Year, Lamar and Jay-Z may well end up splitting the rap-friendly vote, allowing Lorde to end up on top. Her sophomore album is a ride through the emotional complexities of growing up, filled with lyrical and musical nuance. It’s the artistic statement of an unusually prescient creator coming into her own.

Who should win: SZA is a breakout star who burst onto the scene seemingly from nowhere — and she’s just getting started. She has a uniquely poetic-meets-casual voice and intuitive approach to melody. This was her year.

Who will win: Alessia Cara has an undeniable powerhouse of a voice and has been on the scene long enough to solidify her spot as one of pop’s most compelling and flexible voices. She’s appeared on the charts both on her own and as a key contributor to hits like Logic’s “1-800-273-8255” and Zedd’s “Stay.”

Who should win: Quavo, Takeoff and Offset, the three Migos, established themselves as an unstoppable force in rap, with the well-earned bravado to call their album Culture. It was a statement about both who they are and how modern rap sounds, led by the trendsetting “Bad and Boujee.”

Who will win: It’s a close call between Jay-Z’s more traditional, confessional album and Lamar’s claim to the throne, but Lamar will probably nab this one on the basis of his lyrical virtuosity.

Who should win: For its willingness to be playful and take risks, Father John Misty’s Pure Comedy is a fascinating exercise in a more experimental approach to being a pop (or, as the label goes, “alternative”) artist.

Who will win: LCD Soundsystem make for a great comeback story — and their wry self-reflection and obliquely political statement-making on American Dream will feel most relevant to voters.

Who should win: Kesha’s long-awaited and emotional comeback album Rainbow is a journey through pain, forgiveness, introspection and boot-stomping celebration, executed with an unexpectedly raw and blazing energy from pop’s former party child.

Who will win: If there’s any justice in the universe for Ed Sheeran, then this category will be his — especially after he was shut out of all the major comprehensive categories, despite the total dominance of his album this year.

Who should win: “Urban Contemporary” has always been a shady category — technically it’s defined as “albums containing at least 51% playing time of newly recorded contemporary vocal tracks derivative of R&B,” while there’s a separate R&B award as well. Murky as that definition may be, this year’s collection is stacked, with two of the year’s strongest new artists, SZA and Khalid, up against the well-liked Childish Gambino. Khalid’s American Teen is a strong, cohesive, and current body of work that appeals across generations, and it would be nice to see him get a nod for an impressive debut.

Who will win: This would be a likely category for the funk-leaning Awaken, My Love! to take, especially if it misses out on the major awards. 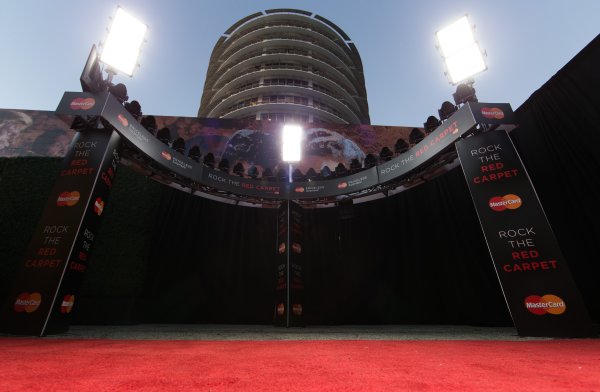 Here's Who Has Won the Most Grammys Ever
Next Up: Editor's Pick