It’s been nearly 14 years since Rachel got off the plane and the Friends left the purple apartment for the last time. But that isn’t stopping Netflix from imagining what the gang would be up to if the show were still on today.

The streaming service took to Twitter on Wednesday to share its predictions for the Friends‘ everyday foibles in 2018. “Joey eats Tide pods, goes to hospital (guest star Ellen Pompeo),” Netlflix wrote. “Chandler won’t shut up about how funny his Vines were -Ed Sheeran cameo interrupts Phoebe’s Central Perk set -Ross gets everyone into Bitcoin -The One Where The Gang Realizes Their Privilege.”

We have to admit these all seem pretty on the nose. However, considering Pompeo already guest-starred as Ross and Chandler’s old college crush Missy Goldberg in Season 10’s “The One Where The Stripper Cries,” it may be difficult to bring her back for a Meredith Grey-inspired cameo. 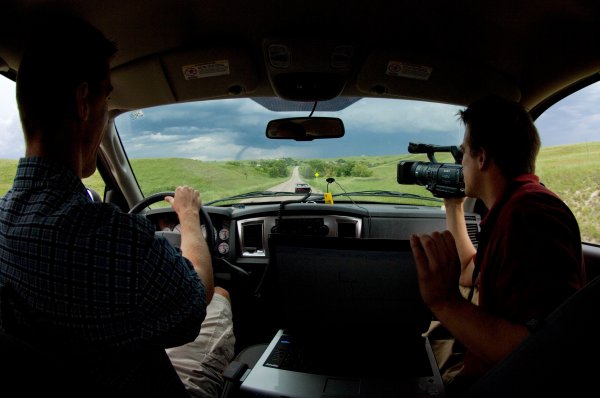 Storm Chaser Joel Taylor Remembered by Co-Star and Friends
Next Up: Editor's Pick