Here Are the 10 Donald Trump Tweets Americans Hate the Most

Over Trump’s first year, the polling outfit YouGov showed a representative sample of 1,000 U.S. adults each of the previous day’s tweets from the president’s personal account, asking them to rate them from “terrible” to “great.” The results show that the Trump’s constant feuding is not wearing well among Democrats and independents, especially.

The list was similar among Republicans, though they generally rated Trump’s tweets more highly across the board. In fact, the only Trump tweet with a negative numerical value among Republicans under the YouGov system was the one attacking Cuban.

Trump’s mostly highly-rated tweets among Republicans, Democrats and independents were also the least characteristic, tending towards the sort of safe and anodyne comments that his predecessors would have made praising the armed forces, commemorating the storming of Normandy, thanking first responders in Las Vegas and hurricanes Harvey and Irma and sending “thoughts and prayers” to the McCain family after a cancer diagnosis.

(Another measure of the unpopularity of Trump’s tweets — the ratio of replies to likes — also showed his attacking Brzezinski to be singularly unpopular, as was his criticism of Comey.)

The survey shows what a lot of other polls have confirmed: Trump’s red-meat attacks on his political opponents may have worked in the context of a hard-fought campaign, but they are hurting public views on him now that he is in the Oval Office.

An October poll by Quinnipiac University found that a record-high 70% of respondents felt that Trump should stop tweeting from his personal account. Even among Republicans, 53% agreed he should quit Twitter.

Trump himself agreed during the 2016 campaign, saying at one point that he would “give it up” if he won. “We won’t tweet any more,” he said. “I don’t know. Not presidential.”

But in office, he backtracked on the pledge. By July, he was arguing that he has to use social media to get around the “Fake News Media.” The YouGov survey on that tweet shows the reason why he won’t quit. 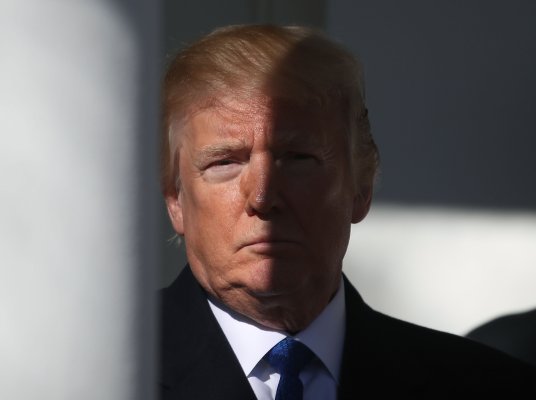 Donald Trump Won the Shutdown by Shutting Up
Next Up: Editor's Pick